In the marketing world, going truly viral is a lot like finding a pot of gold nuggets at the end of the rainbow. Not because it’s pure luck of the draw, but because that sweet spot between generating something of value without over-promoting is a fine line – and extremely difficult to find.

In a time where attention spans are short and social media platforms flooded, short-form video content like YouTube Shirts and TikTok offers a fun and interactive way for brands to reach out to an even wider audience. And you know what that means, but in case you don't, it means the potential for going viral is a lot higher than with static content.

We’re here to take the guesswork out (or at least some of it). Here’s what you need to know for your next social media marketing campaign to select the best platforms for your target demographic, and better understand how to go viral on social media.

While the most ideal platform for your business to achieve viral attraction varies largely by industry – you should be well acquainted with the most used social media platforms in general. According to Statistica, Facebook continues to lead by a long shot, with YouTube, WhatsApp, Instagram, WeChat, and TikTok following suit. Want the complete list? Here are the most used social media platforms measured by the amount of time spent on each.

Most Used by Time Spent: 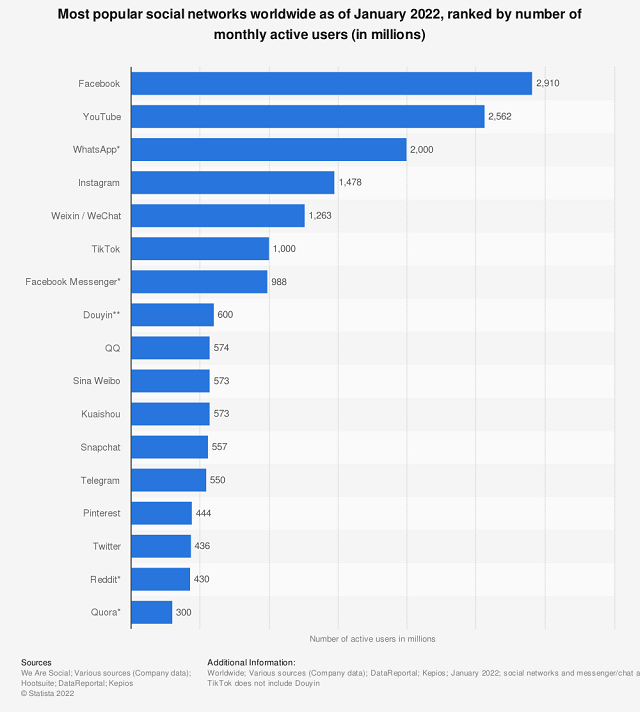 Most Effective Social Media Platforms by Demographic in 2022

The best way to reach your target audience for viral action on your posts is to first research where those people are spending their time already. 2.9 billion people worldwide use Facebook. Instagram comes in second with 2 billion users and TikTok in third with 1 billion users. Those most active on Pinterest are women between the ages of 18-49. LinkedIn is a strong platform for working-age adults and college students with high household incomes.

Can’t get enough data? We’ve collected these stats and more from some helpful research statistics from Hootsuite below 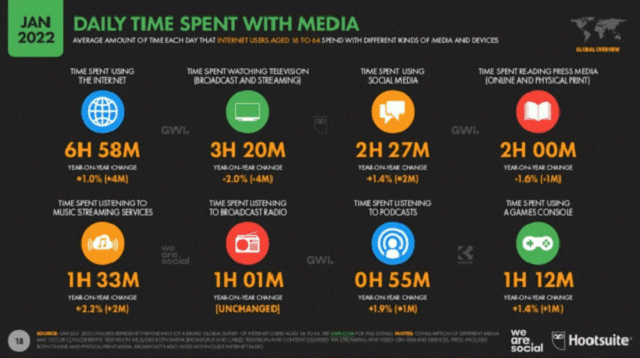 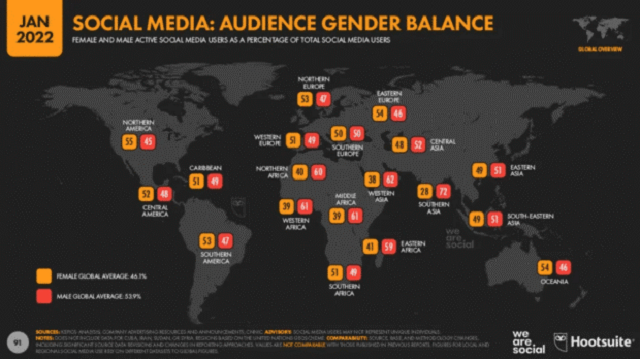 Aside from differences in demographic use, there are also different types of posts that have been proven to do a bit better on each platform, aka more apt for viral attraction. Here is a look at some of the top platforms, and a few pointers on what types of media to post to attain higher traction to your social media marketing strategy.

Perhaps the most “emotional” social media platform, Facebook users lean towards a more personal connection. Perhaps because its early focus was a friends-only platform – here users are drawn to posts that connect with them on a more friend-to-friend level. This is where consumers seek to understand the “real you”, so be authentic, and give them a look at what’s really going on behind the scenes.

The leading platform for video posting and sharing, growing at a rate of 30.4% year after year for the past few years – and it’s not slowing down now. Reaching 36% more people than the average TV channel,, this is a great way to incorporate online video advertising in a more effective way than TV ads. Much like a TV station, people search YouTube for anything from music videos to cooking shows and hysterical bloopers. What they have in common – this outlet is meant to entertain.

One of the few platforms that maintains a predominantly male audience, Reddit is a fast-paced news feed of sorts with categories ranging from politics to bunnies cutely eating carrots. Here people seek to be amused or educated.

The most used social media channel for news, Twitter users seek to be informed. The instantaneous nature of Twitter makes it a preferred source for checking what fans are saying about the latest sport flub or why the power is out on their cable TV. Twitter’s 140-character word limit also bans the dreaded article-writers that often pop on Facebook or other channels. Read up on their recent word-count update here. On Twitter, people can find what’s going viral and find it fast.

Instagram has opened the doors wider for influencer marketing, and viral content focuses on the aesthetics of the imagery – along with the cult-followings of several Instagram bloggers. This is a great opportunity for brands to promote “from the voice of the consumer” as well as leveraging consumer generated media.

Snapchat gives the younger generation what they want: an easy way to share everyday moments while making them beautiful. And unlike Facebook and Twitter, which record and broadcast everything you do, Snapchat uses messages to disappear. Like many social media apps, Snapchat is a mixed affair, so it's good to understand how it works. Brands can easily create their own filters and games within the app, keeping with the creative theme of the platform.

Many videos are likely to focus on music, with creators using several catalogs of sound effects, music clips, and filters to upload short clips of their dances and lip-sync videos. However, there are countless videos to explore various topics. There are DIY and craft videos, comic book sketches, whatever you can think of.

Need some inspiration, or simply look for real-life examples showcasing what can happen when you figure out how to make a social media campaign go viral. Spoiler alert, it’s often a lot simpler than you think.

1. Oreo: In 2013, the Super Bowl experienced a 30-minute power cut. Quick on their feet, the cookie brand went viral for using the global event's misfortune to market their product. 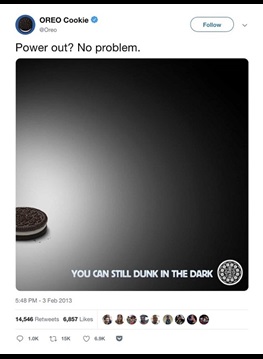 2. Popeyes: Another example of quick thinking is when Popeyes launched their chicken sandwich, only to receive shade from Chick-fil-A. Needless to say, Chick-fil-A's attempt at going viral failed. Popeye's response on the other hand almost broke the internet. 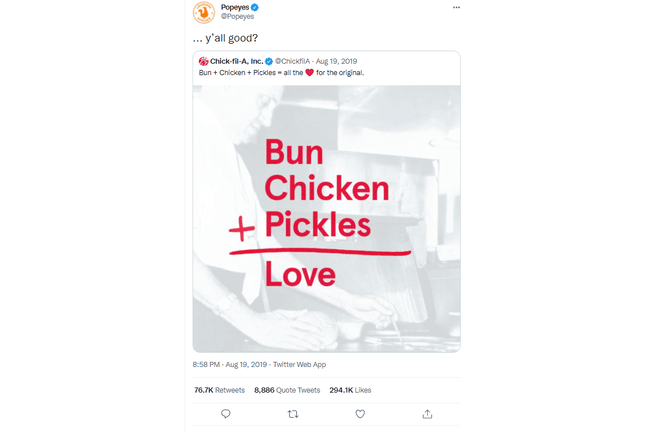 3. Converse: The sneaker brand stirred up emotions when they used a simple image to share the love on Facebook. This appreciation post had their fans go wild, making the post a social media hit. 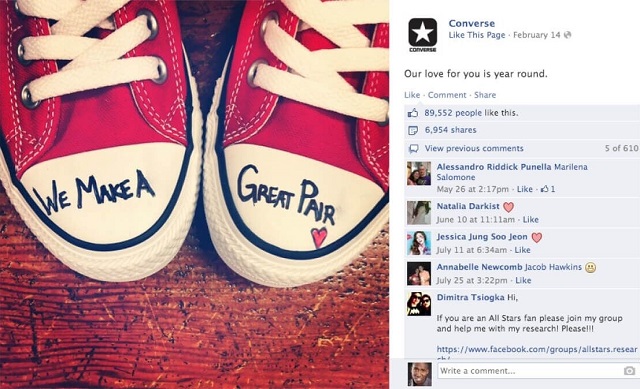 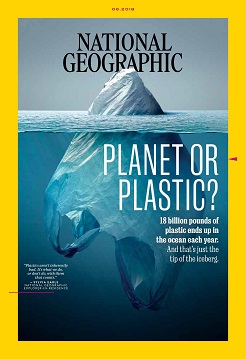 Are you ready to go viral?

Leverage these tips, and be better equipped for generating viral social media marketing campaigns and posts. For all platforms, don’t forget to seek the platforms in which your target audience already exists, and reach out to them in a way that provides them something of value, without sounding promotional or disconnected. After all, it’s social media – have fun! Not sure where to start? Enlist the help of a SMM agency to help you develop a strategy for viral exposure.

Want to improve your social media marketing strategy and finally discover the experience of going viral on social media? Contact us today to speak with our strategist about how our experienced team can help you use social media to attract and engage potential customers for your business.