If you’re unfamiliar with Facebook’s F8 conference, it’s an event that started out as an 8-hour hackathon in 2009. It then progressed into a 2-day opportunity where people from different tech backgrounds could meet, network and celebrate the latest the industry has to offer in artificial intelligence, VR/AR, open source tech and a whole lot more, and now we’re at F8 conference 2019! F8 is an exciting occasion because Facebook announces new initiatives its brands are working on and a couple of updates users can expect to see in the coming months. The main purpose of this year’s F8—also the event’s 10th anniversary, woohoo!—was to converse about “technology and the human connection.”

This conversation is especially important in today’s digital world because, since the 2016 Presidential election, Facebook has been under severe scrutiny from American citizens and the U.S. government over user privacy concerns. It’s been the biggest issue tech giants have had to face and address as technology has become much more advanced, along with the attacks that threaten our cyber security. That’s why at this year’s F8 conference, Mark Zuckerberg closed out the event with a keynote speech that confronted those issues directly.

Below, we’ll go over everything Facebook announced at F8 2019.

Mark Zuckerberg’s F8 Keynote in 2019 touched on all the issues users had brought up concerning data security and privacy. During the 2016 Presidential Election, Facebook had faced attacks and breaches of trust like never before. In his own words, Zuckerberg said they “didn’t expect these coordinated information operations and large networks of fake accounts.” That being said, everything is a learning opportunity and the tech giant is now much more aware and alert to these kinds of cyber threats (hopefully). They have taken considerable measures to prevent these kinds of things from happening again. For example, Facebook has deployed new AI tools to take down fake accounts, taken down the Russian network that caused all of this, and now requires all those running for office or users of large accounts to provide government ID verification. And by the end of 2019, there will be over 20,000 people actively working on security and content review at Facebook.

Zuckerberg also noted in his speech that Facebook will be fighting fake news more broadly as well. Apart from AI tools, content reviewers and verification, Facebook will also target “people, real people, who are sharing provably false hoaxes.” After that kind of content has been reviewed, the platform will share related articles and more accurate content directly onto those user’s news feeds, which will put those fake news posts into context for users. This will help users understand what’s really going on in the world. Zuckerberg also talked about data privacy and how Facebook now allows users to manage their data and security preferences more meticulously on the platform. Users can opt out of sharing their personal information and even clear their browsing history at any time, including clearing all the information apps and websites associated with Facebook have gathered about individual users. Users can even make it so that that kind of information is not stored with your account in the future. 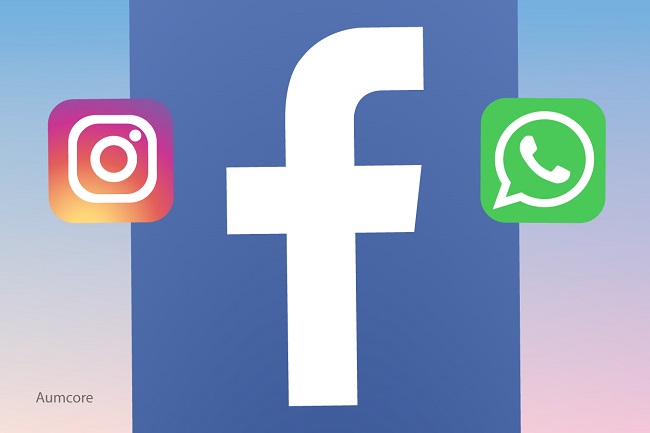 In his keynote speech, Mark Zuckerberg also talked about all the new and exciting capabilities that will soon be available for users to enjoy from the Facebook Family. Below you will find a breakdown of everything Facebook announced at F8 2019 regarding new updates and features users should get excited about.

By the end of this year, you will be able to date on Facebook. Yup, that’s right! The latest F8 conference announced that Facebook will be rolling out a dating feature. The platform that created the *relationship status* will help attain the relationship status that your heart desires. Facebook Dating will allow you to peruse your friends list for potential significant others and soul mates. This feature will also allow you to have a secret crush list. A what??? To sum it up, let’s say you have a crush on a really cute guy named Channing Tatum. You can add him to your secret crush list, and if he adds you to his secret crush list, you both will get notified and BAM! it’s no longer a secret. Even though you may not end up being in a relationship with Channing Tatum, you will sure be able to explore your relationship status with Facebook Dating.

Instagram, Facebook’s younger sibling, is also getting a redesign. The biggest change that Facebook is making to the platform is hiding the amount of likes users get. (Say what?!) In an attempt to shift attention away from chasing likes, the social giant is removing the like count to remind users the platform is about more than just the numbers. Instagram will also be getting new updates to its Story feature so users can spread their creative wings on design Stories to their liking with Create Mode. Instead of having users start out with a picture, Instagrammers will be able to begin with a blank canvas and add whatever they like, stickers, gifs, polls, etc. This is great news for anyone interested in social media stories and social media marketing because it will be easier to create fun and engaging content that is interactive for your target audience.

As if these updates weren’t enough, Facebook is also allowing users to get even more involved with the brands they love through social commerce. Instead of creators tagging brands and linking products in the description box or comments, users will be able to just click and shop for the items they see. In essence, you will be able to shop looks from creators every time they make a post. This is a huge step for social commerce and one example of F8 2019 and how it impacts marketers by making social posts the new means of social media advertising and digital marketing.

Another way Facebook is making the buying and checkout process simpler for users and businesses alike is through WhatsApp. Announcing the WhatsApp Product Catalog, users will be able to see an entire company’s inventory through the messaging service. For example, if you’re chatting with a Staples rep and your team needs more pens, you will be able to see through the WhatsApp catalog whether or not red, blue, or orange pens are currently in stock. Mark Zuckerberg said this feature will “be especially important for all of the small businesses out there that don't have a web presence, and that are increasingly using private social platforms is their main way of interacting with their customers.”

Facebook also announced that it would be updating its video services for WhatsApp and Instagram. Both of these platforms will allow users to video call multiple people at a time while allowing them to scroll through the platform. If you have a funny meme you want to show your friends on Instagram, just video chat with them and you can all laugh at it together. Need to connect with your business associates and speak to your digital marketing agency rep at the same time? Just create a group video chat on WhatsApp while retaining the ability to message and scroll through a PowerPoint.

Apart from its social platforms, Facebook is also upping the ante with its product offerings. For instance, Oculus is getting an update with Oculus Quest. The VR headset will be able to function independently of a gaming console. They’re also releasing a new Oculus for business later on this year!

There was a lot to learn and much to see at the F8 conference this year. From social media sites getting a much needed security update, to cool new features that will allow entrepreneurs to be more creative, the digital space that Facebook commands is about to look brand new! Here are the key takeaways from everything Facebook announced at F8 2019:

Thanks for tuning in; see you next time!