American society has been obsessed with celebrities since, well, forever. From old movie stars to professional athletes and pop singers, we’ve gone from reading about them in the newspapers to following them on Instagram. As a result, social media marketing has become a key aspect of any campaign, and securing a celebrity sponsorship has been one of the basic tenets of generating buzz around a product. We came to trust celebrities and value their opinions, so their stamp of approval was directly proportional to product sales. But, what happens when AI steps into the picture and starts shaking things up?

While we once took them extremely seriously, celebrity advertisements have begun to lose their glory. We now question the motives behind our favorite stars advertising random products to their millions of followers. This is likely because the monetary relationship between a celebrity and a brand muddies the waters; customers know that, at the end of the day and regardless of whether or not the person actually likes the product, they’ll still get paid for posting about it. So, the recommendation is completely biased and therefore unreliable because of the inherent financial motivation.

So, as we begin to see real celebrities’ opinions as being for sale, virtual celebrities are starting to catch the public’s attention. A digital/virtual celebrity is “a digitally created avatar/character that is made initially for entertainment purposes.” Often times, there is confusion as to whether or not they are real people whose pictures have been edited to look virtual, or whether it’s a machine programmed to operate by itself. In simple terms, virtual celebrities are avatars or characters that have personalities and active social media accounts.

Now that you know what virtual celebrities are, please allow me to introduce you to a few of them! 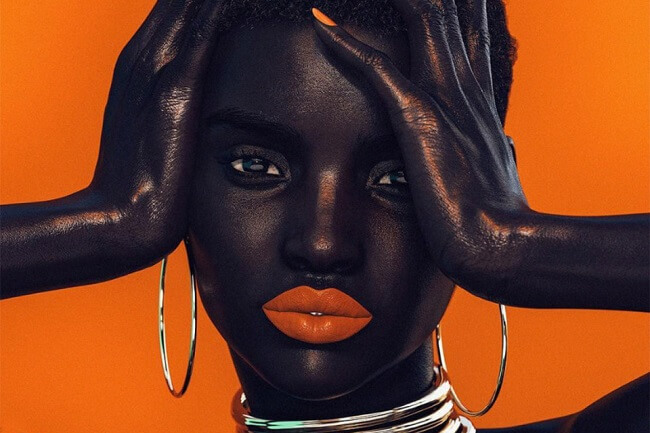 Shudu has, perhaps, garnered the most fame and notoriety, as she gained popularity and favor among Hollywood’s elite… before they knew she wasn’t a real person. With her flawless skin and and slender figure, she quickly received modeling offers and starred in a campaign for Rihanna’s brand Fenty Beauty. London-based model Fatou Suri saw the campaign and instantly contacted Shudu, stating:

It was inspiring to see a darker-skinned model celebrated in such a way. She represented someone stunningly beautiful, perfect in body and soul.

It was high praise like this that caused Shudu’s creator Cameron-James Wilson to become nervous about disappointing people who had fallen in love with his creation. He then stated that he considered her an art project; a conglomeration of iconic black models whose diverse yet gorgeous look hadn’t been properly celebrated. 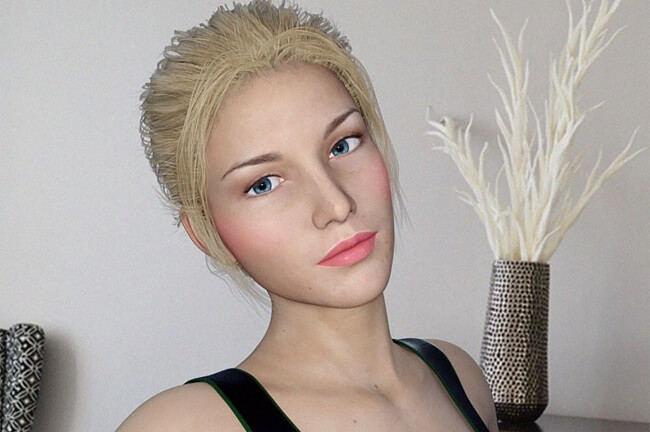 Bermuda is a blue-eyed, blonde haired girl whose support of president Trump and posting of political memes have won her over 80,000 followers. She focuses mainly on political commentary, and is a strong supporter of the conservative movement. Moreover, she doesn’t shy away from telling the world that she is a digital simulation, and talks about how virtual celebrities deserve as much respect and recognition as real ones. In one of her many posts, she even discusses the ineptitude of humanity and points out the advantages of life as a robot:

Robots are better than humans. I am sorry but this is the truth...Look at how many problems you have in your life, how many issues are created by human fragility + refusal to communicate honestly. Robots are logic-oriented + goal driven. We are easier to work with: we are never late, we are never unprepared.

She is clearly very outspoken and has very specific opinions and ideas about modern society. 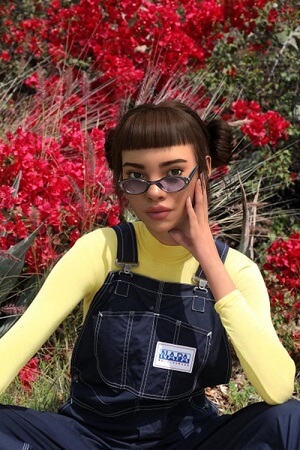 Miquela, on the other hand, has been Bermuda’s foil in this digital story; she is a Spanish-Brazilian American girl who has publically been in conflict with Bermuda and her opinions. While Bermuda credits the AI company that created her in her Instagram bio, Miquela waited until April of this year to reveal that she was actually a robot who was based on a real girl from California. Moreover, Miquela is outspoken on behalf of left-wing social issues like Black Lives Matter, gun control, and participates in an organization called Black Girls Code. Just as Bermuda posts about how robots are better than humans, Miquela has posted about this topic as well, writing:

I don’t think I’m better than anyone and nothing makes me happier than collaborating with all different kinds of artists. I mean, I love humans! Most of my favorite people are humans.

So, these two robots are fighting like real girls with differing opinions!

How Do Virtual Celebrities Work? What Are Their Effects?

As Artificial Intelligence (AI) powers these virtual celebrities, they are essentially self-sufficient human clones. In general, AI enables a company to sift through the massive amounts of data it receives daily, and allows for targeting more specific audiences and increasing sales. In fact, Justin Rezani, included on Forbes’ 30 under 30 list, has predicted that “[w]e’re going to have AIs that are influencers that have a ton of followers that are not real people.” In his opinion, our Instagrams aren’t actually us either; they are virtual representations of our opinions, actions and personalities.

This is exactly why current society seems to be leaning towards virtual celebs rather than real ones, so you’ll definitely need to update your social media marketing strategy! In the case of digital personas, there isn’t the possibility of the customer being duped or strung along; virtual celebrities don’t have that ulterior motive of gaining hundreds of thousands of dollars from one single Instagram post. More than that, because they are artificial creations, digital celebrities can be treated as artwork, and made to represent whatever its creator wants. He or she can be a representation of an idea, a symbol or a statement. As a result, these celebrities are manifestations of exactly what’s going on in society at any given moment.

Read More About: Who Are Influencers and What Is Influencer Marketing?

With the advent of such influential digital celebrities, your creative digital marketing agency might want to think twice before offering any real celebrities a brand deal. While they were once heroes to millions of people, celebrities today are seen as humans who may just be lying to us for their own personal gain. Their opinions can be bought and sold, and as we begin to lose trust in real celebrities, virtual ones will take their place as the social media influencers.