Who Are Influencers and What Is Influencer Marketing?

What brand strategy do you get when you combine a digital agency, social media and a person known and liked by many? Influencer marketing!

What Is an Influencer?

Think back, way back to your childhood. Remember all those trips to the grocery store when you got your favorite cereal? Well, remember when the cereal box featured an artist, athlete or another well-known person? BOOM, influencer marketing. Likewise, think back on those acne-riddled high school days. Influencers are very much like the popular clique. You know, the group that most strived to be like? Whatever they wore, others wanted to wear. Wherever they went, others wanted to go.

Contemporarily speaking, influencers have considerable sway on social media, and use it to promote a brand’s products or services. It’s sort of like a testimonial in which they say, this right here, this product, it’s good, I like it, and if you want to be like me, you’ll get it too. Not literally, of course, but you get the gist.

Influencer marketing works so well because of social media. When it comes to ads, everyone ignores or fast forwards them on TV, and a majority completely bypasses them online with tools like AdBlock. They’re background noise, and the only time you’ll really pay attention to an ad is during the Super Bowl. Enter social media. Because social media entails followers, influencers are guaranteed that their content will be seen. And not just seen, but seen by a group of people who are more likely than others to be influenced by their posts. 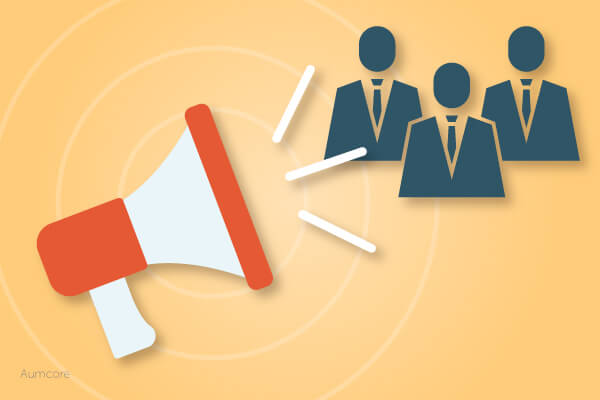 Are Influencers Different from Brand Ambassadors?

Wordplay and syllogism aside, the difference can be explained with time, money and contracts. Brand ambassadors usually have a signed contract, ‘influence’ for longer periods of time, and are always paid. Influencers may have signed contracts, may have one or twenty ad initiatives in which they ‘influence’ for a brand, and may be paid with either money or products.

Brand ambassadors usually also become the face of a company and act as their spokesperson, whereas influencers do not. This is why you’ll see a brand ambassador in a billboard or an internet ad, but not a social media influencer.

What About Traditional vs. Social Media Influencers?

The difference between traditional and digital media influencers is pretty clear-cut. Traditionally, influencers before our current Age of Social Media acted more like brand ambassadors. Brands noticed that people liked and wanted to be like them, tapped them on the shoulder, and had them use their products and appear in ads.

Nowadays, social media influencers are more ‘in the know’. They’re usually part of a niche and are seen as authority figures in that specific niche, leading to their title of influencers. Brands in that niche then see that said influencer has sway over others, and from there communication begins. You’ll soon see what sort of activities influencers take part of, but for now know that there’s a lot of influence marketing Instagram, Facebook, Twitter, etc. sees on a daily basis.

It’s time to see it in action. Keep in mind that influencer marketing can be anything from a single Tweet or Instagram post to a full blown video paired with a Snapchat takeover. So without further ado, here are some examples to shed some light into the workings of influence marketing.

Old Navy teamed up with an influencer social media knows and loves, Meghan Rienks, for a series of promotional posts on Instagram, Twitter and YouTube, in which she used Old Navy pieces to show her followers how to style for different occasions, such as seasons and holidays.

Naked Juice sponsored posts for some lifestyle bloggers, like Kate La Vie, in which she showed a snapshot of her daily outfits and beauty essentials, with a not-so-stealthily placed Naked Juice in the picture.

Estée Lauder wanted to connect with a younger audience, so they turned to Kendall Jenner, influencer extraordinaire, to develop an edited collection of 82 essential makeup and skincare products. Jenner promoted these products on her own Instagram account, and through Estée Lauder’s official account she shared makeup tips with her favorite products from the collection.

Diageo, the parent company of Scottish whiskey brands, Lagavulin and Oban, partnered with Nick Offerman in creating a 44 minute video in which Offerman sat by a smoldering fire, occasionally sipped whiskey, and savoured the flavour. Not only did it go viral, but people loved it so much that it was even awarded a Shorty Award for Best Influencer Marketing Campaign.

So why does influencer marketing work? Well, the influencer advantage comes down to trust. If you trust someone’s opinion, you’re likely to try what they suggest. This is why you ask your friends for movie and TV suggestions, browse a product’s reviews before making a purchase, and continue buying tried-and-true products you’ve used before. As such, it’s best to stay truthful and always do your homework before promoting something that you have no business promoting (see the disastrous outcome of Fyre Festival).

This is also why:

And what will hopefully convince you that an influencer marketing strategy will work:

If you’re too busy for the whole read, here’s what you need to know:

If you’re looking to team up with some influencers, feel free to use this article as your guide to finding the perfect one for you, and this article with the top 20 marketing influencers as a reference point.