Artificial intelligence has come a very long way since Alan Turing walked the earth. In fact, you probably use it every day as you walk around and ask Siri to guide you to a coffee shop, or browse Netflix until you finally give in to one of their many recommendations. The thing is, AI has pretty much penetrated almost every aspect of our lives, especially as it relates to marketing and advertising. Why? Because artificial intelligence in marketing and advertising means analyzing troves of consumer data and user preferences to deliver better and more relevant customer experiences.

As it happens to be, AI is also very important for content marketing because sending out content that actually works relies on knowing what type of content your audience will best respond to. In other words, if you currently don’t have a creative content marketing plan utilizing AI in place, you really should start thinking about getting one.

What about content creation and copywriting services, though? We already know that AI can be used to gain valuable insights and curate content, but can it be used to, well, actually create content and author it? Let’s see.

As we delve into the topic of artificial intelligence content creation, let’s begin with the challenges of AI generated content. First and foremost, you simply can’t automate personality (currently, that is), and quality content relies on that personal touch from authors that forms an intimate connection between them and their readers. Along the same lines, creating content that delivers the best customer experiences means understanding your audience, and while AI can glean insights from data, it can’t go much deeper than that.

It comes down to the fact that creating engaging and relevant content isn’t easy, especially if it’s done on a daily basis. Additionally, we don’t create content needlessly; we create it for a reason. Sure, some brands constantly push subpar content to build links and improve their rankings, but in the long run that’s not going to help them. Google and other search engines penalize such behavior with, ironically, lower rankings, and at the end of the day, our goal is to move prospects through the sales funnel with quality content that converts.

And now we move to content that is actually authored by machines. Well, maybe curated is a better word, but I’ll let you decide? Content produced by machines is usually event-driven with a clear structure; instead of carving out a story with creative content, AI content is more matter-of-fact. For example, here’s an excerpt from an AI-generated article we’ll briefly touch on later:

The Yorktown Patriots triumphed over the visiting Wilson Tigers in a close game on Thursday, 20-14.

The game began with a scoreless first quarter.

In the second quarter, The Patriots' Paul Dalzell was the first to put points on the board with a two-yard touchdown reception off a pass from quarterback William Porter.

Now let’s compare it to another version that says the same thing, but with a human touch:

Playing on their own stomping ground, the Yorktown Patriots beat the visiting Wilson Tigers last Thursday in a game that that was almost too close to call (is 20-14 really a close game, though?). Starting with a scoreless first quarter, the Patriots' Paul Dalzell got things started with a two-yard touchdown reception off a pass from quarterback William Porter. 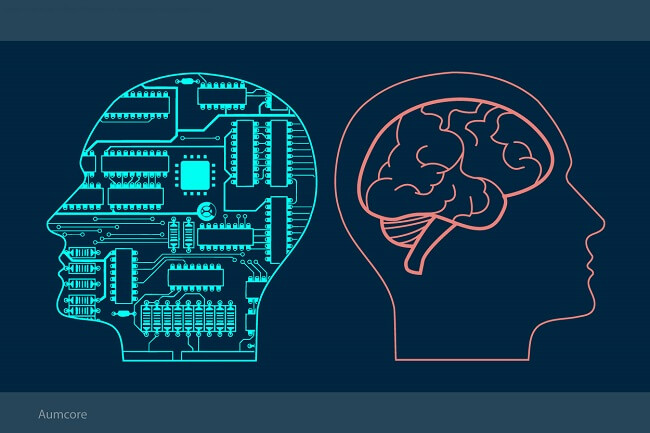 Both say the same thing, but while the AI-generated piece is more factual and orderly, the humanized version adds some humor and makes the facts a bit friendlier. This can all be traced back to natural language processing (NLP) and natural language generation (NLG), which are two of the core technologies that go into AI-generated content. The former seeks to bridge the gap between what is said and what is meant (and is pushing our adoption for voice over keyboard in search), and the latter turns structured data into a written narrative.

In other words, while NLP processes and understands the data, NLG takes it home by creating a cohesive, albeit methodical narrative that works best in fields like finance and sports that deal with factual data that doesn’t need a creative spin. Is it original? Not really. Does it get the job done? Definitely.

As its website states, Wordsmith is a natural language generation (NLG) platform that turns data into insightful narratives. In layman’s terms, it’s a content robot that uses data and a template to produce meaningful content that actually makes sense. In fact, brands like The Associated Press routinely use it to transform raw data into thousands of publishable stories, which has helped them produce 4,400 quarterly recaps and gain a 12X increase over manual efforts. As Lou Ferrara, VP at Associated Press said, “We couldn’t be happier. When you look at the 170-year history of a company like the Associated Press, part of its success has been adapting and innovating in new media formats. . . We see this as part of that history.”

Quill, another natural language generation platform, is quite similar to Wordsmith in the way it works — it takes data as an input, analyzes the story’s intent and produces a story that can be customized to your desired preferences. Quill is also taught to analyze your data so it can create narratives with your business’ tone and language, which serve to (somewhat) humanize your data and give it some of what’s lost by opting for machines over humans.

Finally, Heliograf is a homegrown technology used by The Washington Post to publish numerous articles and reports. As a matter of fact, it published 850 articles in 2017 and produced about 300 short reports and alerts on the Rio Olympics. Since then, Heliograf has been used to cover everything from congressional and gubernatorial races on Election Day to D.C.-area high school football games (this is where the excerpt we saw above comes from).

There you have it — artificial intelligence content creation. As you can see, we still have a while until a machine can take over copywriting services from start to finish. That’s not to say that it won’t happen. After all, if AI systems someday gain the capacity to think independently, what’s to stop them from using that ability to write creatively? No need to worry if you’re in the creative industry, though, an Oxford University study concluded that the this industry sits at the bottom 25% of job roles likely to be taken over by AI. Until then and for now, AI and marketing are in a happy marriage characterized by a give and take from both parties.