The Social Dilemma: Is Social Media A Boon Or Ban?

The Netflix original, The Social Dilemma has managed to conjure up 38 million views and counting since its release in September 2020. The question this AI-focused documentary questioned was, how does technology manipulate us, and why? With the conclusion generally being, “We’re the product. Our attention is the product being sold to advertisers,” as stated in the movie. In this post, we’ll discuss the dark side of social media, the effect it has on mental health, and how despite the negatives, AI and ML can still be used for the good of the public.

The Dark Side of Social Media

Social media as recognized in The Social Dilemma was originally created with the purpose of bringing people together; allowing families to stay in touch despite living in different countries, making new friendships, helping old friends rediscover one another, and creating successful ways for professionals to network with others. But as time has progressed, AI and machine learning have begun to lean towards a more manipulative path of function.

The Social Dilemma explained this issue from its start to present, and how AI and ML have become better and better at reading consumer behavior and trends. Then, feeding off of this data, the technology has the knowledge and power to produce content and specifically notifications to attract consumers’ attention; most of the time without any user being conscious or aware of this.

For example, when someone tags you in a photo on Instagram, a notification will pop up on your phone. Instead of the app showing you right away what you were tagged in, instead, you-the user- has to actually open up Instagram to see the image. From this “baiting” technique, you or any other user is likely to then spend several more minutes on the app scrolling through their feed. This is where the information gathered on users comes in handy, where it’ll then be produced as a personalized ad based on each persons’ behavior.

Answering the question, how does technology manipulate us? It manages to successfully grab our attention, lead us back to our social media platforms, and focus our minds on well-targeted ads.

Despite this popular documentary bringing light to the danger social media could have on our mental health, Vogue had the opportunity to interview a researcher at the University of Cambridge’s Emmanual College Amy Orben, and see what she had to say on the matter. As for the relationship between mental health and social media, Orben describes it as, “complex, bidirectional, and individual. It is highly influenced by what we do on it and why we do it, not just the time we spend.”

By this, it shows that there is a mix of data on whether or not social media leads to poor mental health. The Social Dilemma undoubtedly brought up valid points that all people should be wary of when going on the internet but keep in mind, someone shouldn’t perceive social media as all bad when it depends on the user’s behavior themself. Some platforms, such as Facebook even went as far as having their own separate opinion and backlash as to all the information the documentary shared. 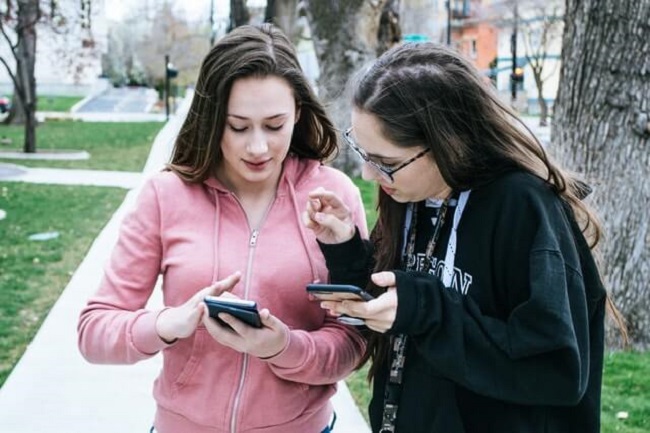 “All of these technology systems are reinforcing different beliefs for people regardless of the truth,” filmmaker of The Social Dilemma John Orlowski says. “We realized that this is a huge story. This is changing the way our entire civilization gets its information and thinks about truth and fact.” What people need to remember when finding information on social media that the truth isn’t always the most favored statement with AI algorithms.

Most of the time, posts that are gaining the most engagement and traffic are the stories that a majority of social media users will find, and likely end up believing. Moving forward, users should do their research if possible before accepting everything they see on the internet. Just because a post is possible doesn’t mean it’s trustworthy, or the total truth; the problem with social media is the overwhelming amount of material and news then ends up being skewed.

Responding to The Social Dilemma: What is AI For Social Good?

For anyone who watched The Social Dilemma, it can be a consensus that the documentary has shed light on numerous issues correlated to AI, ML, social media, and the tech giants’ true motives. It’s been proven that AI has exceeded its ethical boundaries in some capacities by collecting users’ data without their knowledge, but what the documentary did not mention was the benefits this technology has given to communities across the globe.

AI can provide solutions to a scope of industries, from the medical field, agricultural, retail, security, and so on. One of the most recognizable examples of good AI use was the prediction of COVID-19, first recognized by an artificial tech software in Canada, alerting nations of the growing outbreak. The use of AI in this form helped save thousands if not millions of lives.

In conclusion, AI for social good examples is more common than most think. As for users’ own personal accounts, it’s important for people to learn how to handle their digital presence. Social media does not have the sole goal to manipulate its users, but it’s each and every individual’s responsibility to protect themselves and their information as best they can.