How To Know Voice Search Based Organic Traffic

Just when you think you’ve prepared for the mobile-first revolution, you suddenly find yourself standing in the middle of another movement: voice search. Numerous Sci-Fi films and TV shows throughout the past 50 years have served to wet our collective appetite for the day when our fingers become obsolete and our voice takes over. So, what exactly is it?

What Do We Mean by Voice Search? 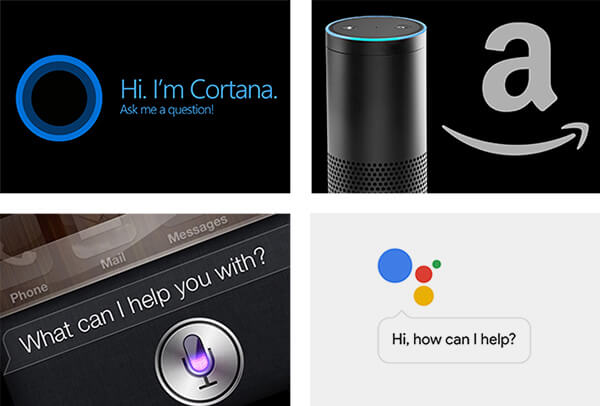 Voice search originated from a “voice interface for a search engine” patent filed by Google in 2001. Fifteen years later, we’re in the midst of a battle between tech giants like Google, Apple, Amazon and Microsoft to see who can come up with the best virtual assistant to hit the market. If this were a movie it would be called, “Voice Search: The Rise of the Digital Assistants,”  starring Alexa  (Amazon), Cortana  (Microsoft), Google Assistant (Google) and Siri (Apple).

Voice search is an alternative to typing. It uses text-to-speech and natural language processing, a branch of AI that seeks to close the gap between what is said and what is meant, to answer questions instantly instead of delivering a list of search results. It puts an emphasis on semantic search to improve search accuracy by taking intent and contextual meaning into the equation. In other words, it’s speech recognition technology that uses voice commands to execute searches.

Everyone’s using voice search. Well, not really, but  people of all age groups have succumbed to its appeal. Google wanted to know this exact question in 2014, when it commissioned a study, conducted by Northstar Research, to find out who, why, and where people used voice search. It turns out that teens, technologically savvy as they are, beat out adults with 55% saying they use it more than once per day compared to 41% for adults. We’ll get to the why and where later on.

Voice search also makes the internet accessible for people with disabilities. The hindrance of an inability to type is greatly reduced  when using speech to voice queries. It also helps those whose primary language is character based, as Balazs Molnar, Head of Search Marketing at Google, explains. “While voice search and commands are unlikely to replace typing completely, in many Asian languages it’s harder for people to type using a small keyboard,” Molnar said. “For instance, character-based languages or languages with a lot of diacritical markers, like Vietnamese. People find it easier to speak rather than type on their phones.”

What Are We Using Voice Search for?

If you’re like me, you’re using voice search because it makes you feel like you’re in the starship Enterprise alongside Captain Kirk. If, on the other hand, you don’t share my geeky tendencies, you might be attracted to it because speaking is much more efficient than typing. Voice recognition software has improved in recent years, and most of the time voice search leads to less mistakes than typing. It’s also much safer for those who shouldn’t be multitasking while driving but still do. Voice search also takes outside factors into consideration and builds on what was previously said. So if you first ask, “when does Star Wars Episode VIII come out?” and then ask, “who’s directing it?” you’ll receive Rian Johnson as the answer because the software understands that by ‘it,’ you were referring to Star Wars Episode VIII. Do this over a text-based search and you’ll get Andrés Muschietti, the director of the upcoming adaptation of Stephen King’s 1986 horror novel, It.

Now we return to Google’s study. The majority of teens (43%) used voice search to call someone, followed by asking for directions (38%) and getting help with homework (31%). Adults mainly used it to ask directions (40%), for text dictation (39%), and then for hands-free  calling (31%). The online statistics portal, Statista, also sheds some light on global mobile users’ main reasons for opting for voice search. As of September 2015, the reasons were as follows:

How Is Voice Search Growing?

Voice search growth was slow and steady for most of the early 2000s. Now, we have data showing that in 2015, voice search on virtual assistants jumped from statistical zero to 10% of the overall global search volume. We also have people like Gary Illyes, webmaster trends analyst at Google, saying that voice search has more than doubled from 2015 to 2016. Adding fuel to the fire is Sundar Pichai, CEO of Google, who said during Google I/O, their annual developer conference, that 20% of queries on the Google app on Android devices are done by voice. If that doesn’t  spell out “voice search growth,” I don’t know what will. But maybe you need more convincing. If that’s the case, comScore, a global media measurement and analytics company, predicted that 50% of all searches will be voice searches by 2020.

How Does Voice Search Differ from Text? 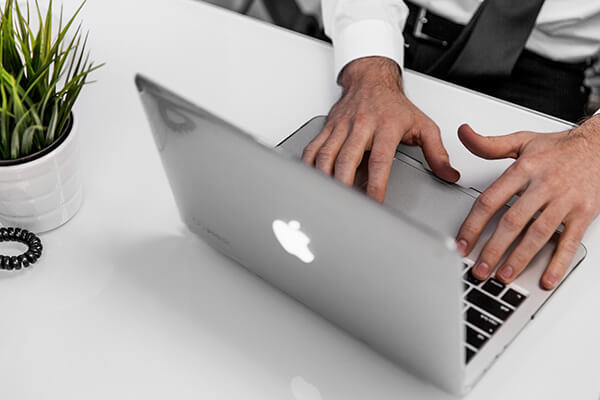 Voice search throws a curveball at marketers who think they’ve hit the jackpot with their existing SEO strategy. Searches done by text are usually a form of shorthand and stick to keywords. Imagine you’re in the Big Apple and want to buy the latest digital marketing book that all the cool marketing kids are reading. You would most likely search, “bookstore NYC” and get a list of bookstores with matching keywords. Not with voice search, it requires more eloquence. Exchange “bookstore NYC” with “where is the nearest bookstore,” and you’ve got yourself a voice search query. Voice search also functions to reduce keyword relevance and decrease the effects of keyword stuffing because it focuses on natural language that’s more conversational and shows intent.

The move from text to voice is especially impactful for local business owners, who’ll find that they have to account for voice search optimization. If that’s you and you want to improve your voice search rankings, think, “how are people going to search? How are they going to find me?” Adopt a conversational tone that humanizes content and focus on long-tail keywords that answer question phrases like “who,” “what,” “where,” “when,” “why” and “how.” Do that and you’ll have the foundation of your new Google voice search SEO strategy.

Are You Prepared for Voice Search?

If you haven’t done so already, prepare for voice search. Voice search optimization and traditional SEO are becoming increasingly relevant, and it’s important to begin an optimization strategy that covers the full range of your potential audience. Prepare a Google voice search SEO strategy to improve your voice search rankings and start getting seen by those searching digitally or through the growing users and applications of voice search.