From cinema scenarios to the landscapes of familiar offices – women dominating in the department of Social Media Marketing seems to be a notable trend. And though the ratio difference is not extreme (varying by specific job title) in a working world where the percentage of full time employees that are women is only 44% in the United States, it’s still quite the phenomenon. So what are the leading factors that are driving this balance? Here are some insights which we’ve uncovered making the difference.

A study by Scientific American states that women are more social by nature, so perhaps in the world of social media (where connections and communication reign supreme) it’s simply a good match. Popular movies and TV shows geared towards a female audience (such as Sex and the City) have also glamourized the role, and may play into influencing young women to pursue the career. But aside from speculation, there are some supporting factors that also play an important role.

Though the gap has narrowed from 2010 to 2015, women are still the leading the pack of users on social media by 7% – Pew Research Center. With the most staggering difference on the platforms Facebook, Pinterest, and Instagram, these platforms are understood best by their users, so on average – women have an advantage in the Social Media Marketing department. Though it should also be noted that men do lead on certain platforms including LinkedIn, Twitter, and Reddit. 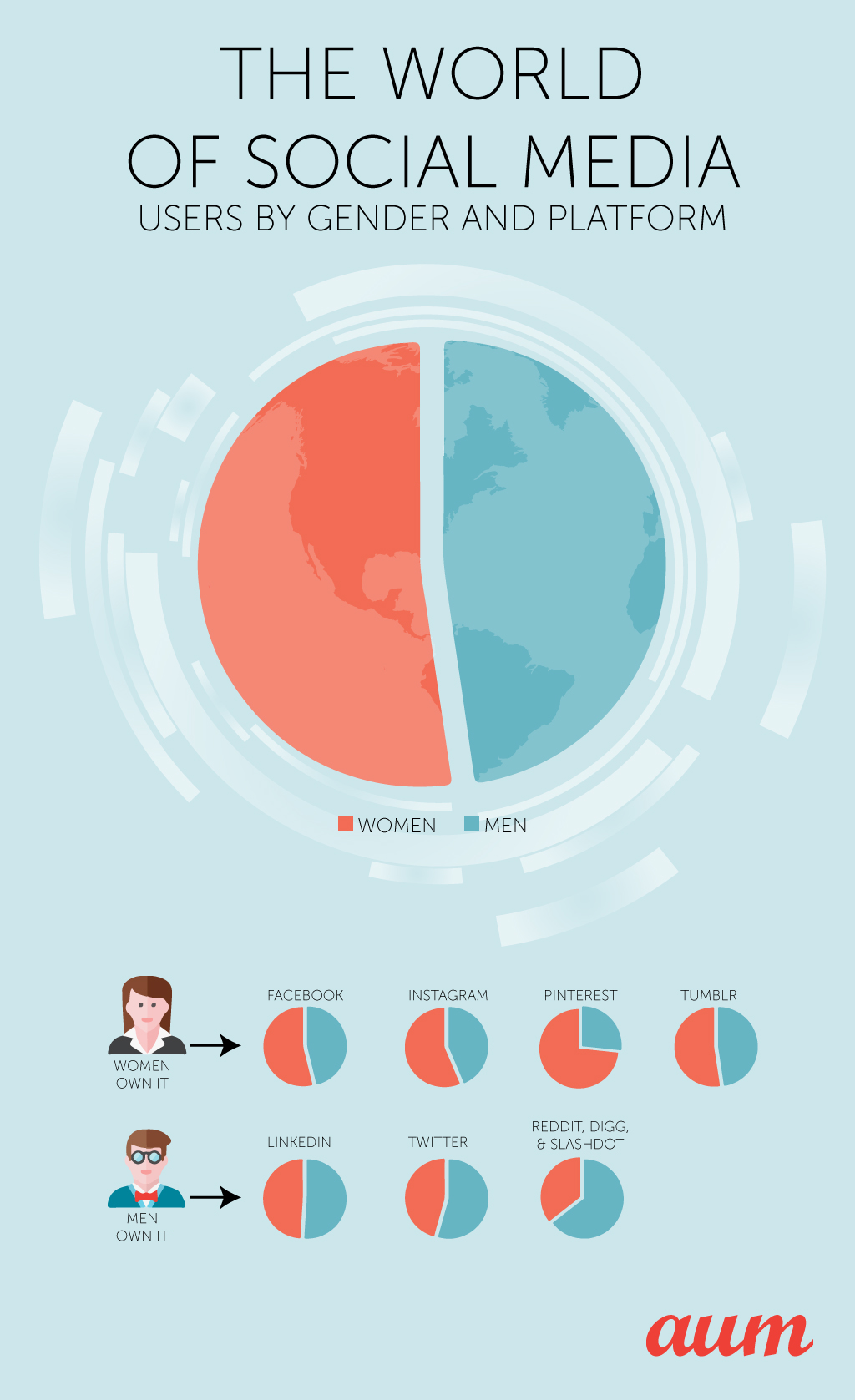 Gender pay gap has been a big issue in the United States, and continues to search for balance even to this day. In the ending quarter of 2015, women made on average only 80% of the salary of the average man with at a full-time average salary for women of $37,856 via BLS. That makes the average of $46,932 annual income for Social Media Managers look pretty appealing, with associated roles in the department of Social Media from Marketing Coordinators to Marketing Directors ranging from $39 – 67K according to Payscale National Salary Data. Offering a great opportunity to meet men in the middle on the financial front head on.

So there you have it, women indeed are leading the world of social media. Though there are several contributing factors in every scenario, from better pay to a natural aptness, you are now equipped with a few factual elements that play a role in the mix. Curious about our own results, we counted our marketing team in our NYC office and have an equal number of men to women. Want to learn more about our team? Connect with us on LinkedIn for employment updates, news, and business tips.

Do you work in, or manage a Social Media Marketing department in your company? If so, what is the ratio of men vs. women in your office, and how do you feel it has impacted (if at all) the overall quality and environment in your experience?