The Race to Wear Smart on a Finger

With all the recent talk of wearable technology and smart watches in particular, it certainly begs the question of “what else” and “what next”.

Though it’s interesting to note that several publications have pictured actual clothing when discussing this topic (LED dresses! Sweatshirts with built in speakers!) the truth of the matter is that accessories will most likely be the popular wearable tech of today. Both designers and tech giants have caught onto this notion, and increasing partnerships between the industries is leading to an insurgence of smart necklaces, bracelets, handbags and rings on the runway and market.

Of those accessories however, the ring is generally considered to be most gender comprehensive. This may be one of the factors making it the next popular and highly pursued choice in wearable technology. Of course, there is also the fact that waving a finger and achieving results is highly appealing, and on the list of every person’s ‘Things I wish I could do list’.

Lucky for the kids, and practical adults (really!) in all of us, several companies have taken it upon themselves to bring this fantasy to life. Here’s the lineup of the top offerings in smart rings thus far:

Marked by a sleek design worthy of daily wear, the MOTA Smart Ring aims to cater 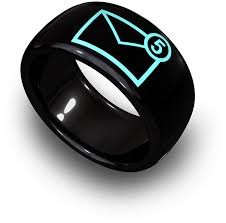 towards people not thrilled about wearing a bulky watch, but, still interested in being able to connect with their smartphone in a diverse way. Though remarkably stylish, the MOTA Smart Ring is intrinsically limited due to its small bag of tricks. The Ring promises to display phone, text and email notifications and, MOTA claims that social notification capability is on its way. Owning this attractive yet functionally basic piece comes at a reasonable price of about $75.00. 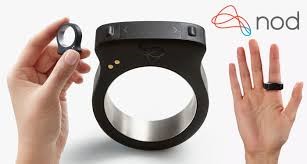 Decidedly less trim, the NOD smart ring is a burlier fashion piece, but it’s also a useful one.  Here is where the finger magician fantasies become fulfilled!  The NOD utilizes small micro-gestures with finger swiping, brushing and rotating to engage with various devices.  The ring essentially functions as a universal controller and is able to command a wide range of products including televisions, smart phones, tablets, Google glass and more!  Scrolling and selecting capability have also been implemented in NOD’s posterior, by way of a small rectangular platform and the lightweight ring meant for everyday wear has been designed to be waterproof within about 169 ft. of water.  To complement and enable that goal, NOD boasts an impressive battery life that lasts a full day on average.  The ring became available for preorder at $149.00 earlier this year, with a projected ship time of this autumn.

Hot on the heels of its competitors, the simply named ‘Ring’ is a product of the Japan 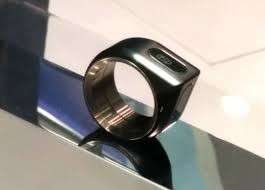 based startup ’16 Lab’.  Like the NOD, Ring combines motion sensors and Bluetooth technology to create a hand worn device capable of controlling many electronic devices.  The Ring’s design chooses to place its touch surface on the forefront of the ring, doubling as a handy backup in case you’re ever in a fight.  Seriously though, the extension actually works as an on/off switch.  The Ring’s nature is to be motion sensitive, so simply holding your thumb to the touch surface either alerts the device or puts it to rest.  Although it is being advertised as a controller like the NOD, the Ring also promises to expand upon its usages, and 16 Lab states that their wearable device will also potentially function as an e-wallet and electronic key.

With the smart ring category shifting into gear, we will assuredly continue to be presented with new ring designs and functionality in the coming years.  Of the group being offered now, which do you think will most fit your lifestyle?  We’d love to hear from you!