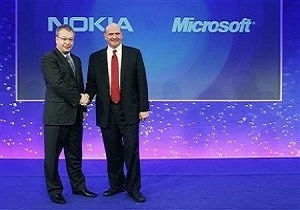 Microsoft has made its decision to acquire Nokia’s mobile phone business for 5.44 billion euros ($7.2 billion). Nokia agreed to this sale because they want to enhance their market share which has fallen down from 40% in 2007 to 15% in 2013.

The announcement of acquisition came in the first week of September, 2013. It is interesting to see that Nokia has started using the Microsoft windows phone software in 2011 itself, but still they were not able to retain to their earlier market position. They were losing badly against the smartphones launched by Apple and Samsung.

In the official announcement made by Microsoft, they clarified that they are not buying Nokia as a whole. The components which are not added in the deal are- Nokia Siemens networks enterprise business, Nokia HERE Brand, Nokia’s patent portfolio and the office of the CTO.
The deal is expected to close in the first quarter of 2014 and there will be some changes in the management as well. It has been made obvious that, Stephen Elop will step down as Nokia chief executive and will be given the position of executive vice president of the devices and services division. Some are also expecting Elop to replace Steve Ballmer, who will most probably be retiring next summer.

After this news, the shares of Nokia surged 39 percent to 4.10 euros on early Tuesday morning. Nokia has seen the huge set back in last couple of years. Even after the recent gains by the Nokia Lumia range, the whole company is worth about 15 billion euros which is far less from 200 billion euros back in 2007. Microsoft, will be pumping lots of new features as well as the user interface in order to survive in the smart phone market. Currently, Nokia owns almost 3.9% share in the smart phone market.

“Sold for Nothing”
Nokia is a company based out of Finland and they have a history of 148 years behind them. The company has sold almost everything from televisions sets to VCR’s. They have been a pioneer in the market and Finnish people are not very happy with this new development.

They are considering this sale as a hard blow on their national pride. For many Finns, this is a well though move by Microsoft to acquire the whole company which they had started implemented way back in 2011. As per them, Microsoft deliberately moved Stephen Elop to Nokia. Lots of shareholders are not happy with the amount of 5.5 billion and they are thinking that it is a peanut price which has been offered to Nokia.

As far as the employees goes, Nokia is expected to transfer around 32,000 people out of its 90,000 worldwide staff under Microsoft. Around 4700 employees will be transferred to Finland in order to have a smooth transition.

“The Moment of Change”
This decision is looking very obvious for Microsoft as well because they were not able to make their mark on the mobile division besides being a pioneer company who is doing very well in windows computer operating system, X-Box game console, Microsoft office business software’s etc.

Let’s hope that this partnership will bring new improved handsets to the market with better user interface and price nobility. We hope to see new improved mobile handsets which can also bring revolution to digital marketing and we can get better mobile applications for our day to day use.