Will Neuralink's Brain Chip Be the Next Big Thing in Healthcare?

Let’s talk about computer chips in human brains. That’s right, chips in brains and the future of IoT in healthcare. And no, no matter how interesting it may be, we’re not going to talk about brain implants and mind control—that’s a topic for another day. Our talk today will be about the applications of brain chips, especially as they pertain to the advantages of brain chips in terms of healthcare. For example, did you know that a brain chip interface could possibly restore sensory and motor function for those with neurological disorders? What about the fact that researchers have already achieved human neuroprosthetic control of computer cursors, robotic limbs, and speech synthesizers? Yup, both are true. As you can imagine, the possibilities of brain chips in human beings verge on miraculous.

Thankfully, there’s a company out there trying to make these miracles a reality: Neuralink. As it happens to be, Neuralink recently announced that it’s planning on starting human trials with the technology next year, with the aim of helping people with brain disorders. Before we delve into all the interesting things this could mean for mental health and related areas, let’s start with a quick overview of the company itself.

You may have already heard of Neuralink before because of its association with Elon Musk, one of the world’s most talked about tech entrepreneurs who’s either founded, co-founded, or been involved in the creation of MANY of the world’s most innovative companies like SpaceX, Tesla X, The Boring Company, OpenAI, and even PayPal. Enter Neuralink. In a partnership with prominent figures in the industry like Ben Rapoport, Dongjin Seo, Max Hodak, Paul Merolla, Philip Sabes, Tim Gardner, Tim Hanson, and Vanessa Tolosa, Musk founded Neuralink back in 2016.

As a neurotechnology company that’s developing implantable brain–machine interfaces (BMIs), Neuralink has made it clear that their aim is to first treat serious brain diseases, and eventually enhance humans by achieving a symbiosis of humanity and artificial intelligence in which the combination will keep the “existential threat” of AI in check (feel free to do your own research on the subject). Going back to the topic on-hand, while the capability for neuroprosthetics to interpret brain signals and allow for movement already exists, Musk and Neuralink hope to link that technology with implants that can connect at broadband speed with external software and gadgets. Well, as of July of this year (2019), Neuralink has received $158 million in funding, $100 million of which came from Musk himself, to make this happen.

Neuralink's Brain Chip: Here's Everything You Need to Know 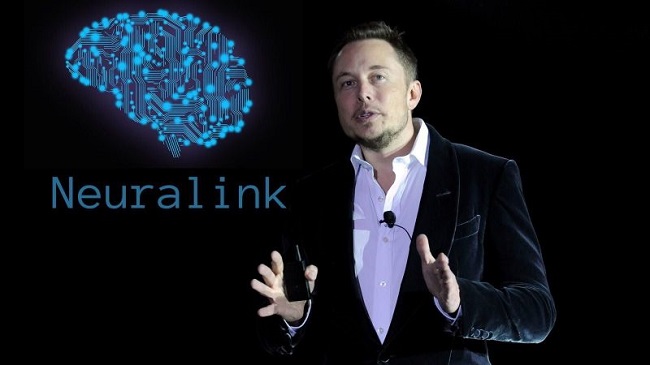 Now that we have an understanding of Neuralink and what they hope to achieve, let’s go over the announcement and what was disclosed. For starters, apart from informing the public of what they’re planning, Musk also disclosed that the announcement was meant to recruit top talent to the company and bolster its numbers, which currently stand at about 100 individuals. That being said, the actual announcement revolved around thin (between 4 and 6 μm), flexible cellophane-like threads connected to a small processor that could be inserted into the brain through holes drilled with a custom “sewing machine-like” robot that uses computer vision to avoid nicking blood vessels on the brain’s surface.

Note: Keep in mind that this would be the first stage. Due to issues with a mechanical drill being used in the head, such as vibrations through the skull and general unpleasantness, Neuralink hopes to use a laser beam to pierce the skull in a process as simple as laser-eye surgery.

If you’re comfortable reading scientific/technical writing, here’s what the white paper for the technology—styled as “an integrated brain-machine interface platform with thousands of channels”—has to say:

We have built arrays of small and flexible electrode “threads”, with as many as 3,072 electrodes per array distributed across 96 threads. We have also built a neurosurgical robot capable of inserting six threads (192 electrodes) per minute. Each thread can be individually inserted into the brain with micron precision for avoidance of surface vasculature and targeting specific brain regions. The electrode array is packaged into a small implantable device that contains custom chips for low-power on-board amplification and digitization: the package for 3,072 channels occupies less than (23 × 18.5 × 2) mm3. A single USB-C cable provides full-bandwidth data streaming from the device, recording from all channels simultaneously. This system has achieved a spiking yield of up to 85.5 % in chronically implanted electrodes. Neuralink’s approach to BMI has unprecedented packaging density and scalability in a clinically relevant package.

The gist here is that the threads can be inserted in a variety of locations and depths depending on their intended use. With the ability to perform both read and write operations at high data volumes, these threads will be able to capture data and wirelessly transmit it to a computer for analysis. Like we covered above, the focus in the beginning will be on medical research and therapy concerning parts of the brain related to speech, vision, hearing, or motion. It’s important to note that one of the first blocks Neuralink has to overcome is to actually prove they can not only monitor brain activity with this technology, but also decode it and correlate it with patterns of activity for actions like moving or speaking.

As of now, human testing has not begun, but Neuralink is seeking approval from the FDA to begin trials on human subjects as early as the second quarter of 2020, and hopes to have the first human strapped with the technology before the year ends. Apart from humans, testing with animals has already commenced: they demonstrated that a system could be connected to a lab rat and read information from 1,500 electrodes, which is 15 times better than systems embedded in humans today.

What Does This Technology Mean?

At this point, you may be asking yourself what exactly this technology entails. Let’s begin by imagining the boost in cognitive capabilities these embedded “threads” could mean. Issues in areas like speech, sight, and movement, which may have been hindered by an injury or illness, could be remedied by metaphorically creating a bridge between the brain and (for example) a prosthetic limb. The point here is that the threads and the technology behind them could allow for communication between brain and machine, thereby creating a sort of “technology telepathy” that bypasses any organic limitations currently imposed by our bodies.

Apart from the medical benefits, when this technology becomes commercial it could mean literal communication with each other and machines without the need to open our mouths or move our limbs. It will, of course, take a long time for this to happen, but Musk did hint that the future could hold a sort of app store for different programs that could make use of the technology.

Neuralink and the technology they’re working on could mean the next step in human evolution in which man and machine are combined to create something more powerful than either alone. In the beginning, the main focus for the technology’s applications will be centered around helping people restore lost functions by allowing them to control computers with their brains. In the future, the applications can expand and encompass areas previously reserved for science fiction like telepathy.

As promising as this technology sounds, it does have its caveats. For example, while it may be proven to work on animals like rats and monkeys, results may not translate to humans, who have understandably more complex brains and neurological systems. Additionally, anything implanted into the body would have constant contact with it and everything it entails, i.e. body fluids. In terms of the brain, this is a salt mix fluid that can eventually damage the threads, leading to potentially dangerous consequences.

Until the next announcement comes along—enjoy!