PageRank: What You Need to Know

PageRank dates back to the early days of Google. Think back, way back to the days when Google cofounders, Larry Page and Sergey Brin were still at Stanford University (and before you or I ever heard of a creative digital agency with SEO services) — yeah, it’s that old. Anyway, they created it as part of a research project on a new kind of search engine, and aptly named it after Larry Page (PageRank).

In terms of specifics, it’s a calculation that Google uses to evaluate the quality and quantity of links that point to a specific web page, and then determines a relative score of that page’s importance from 0 to 10. It’s not the only algorithm in play that Google uses to rank pages on their SERPs, but it is a pretty big one. 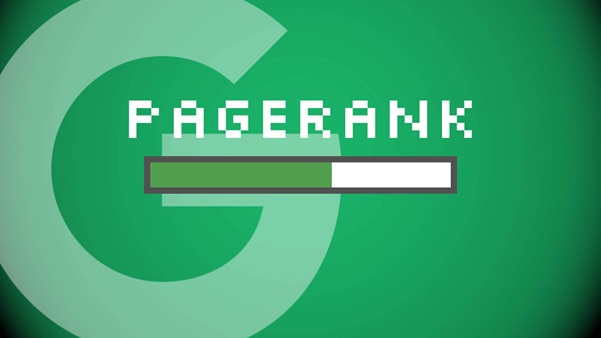 Let’s take a look at Google’s explanation of PageRank before moving forward:

“PageRank relies on the uniquely democratic nature of the web by using its vast link structure as an indicator of an individual page’s value. In essence, Google interprets a link from page A to page B as a vote, by page A, for page B. But, Google looks at considerably more than the sheer volume of votes, or links a page receives; for example, it also analyzes the page that casts the vote. Votes cast by pages that are themselves ‘important’ weigh more heavily and help to make other pages ‘important.’ Using these and other factors, Google provides its views on pages’ relative importance.”

From Google’s explanation we arrive at the conclusion that a link from one page to another is sort of like an endorsement. Think of it like voting in which certain votes are worth more than others. In theory, the more important the page, the more links pointing to it there are. If you’re in academia, think of a web page as a paper and the links to it as citations — the more that other papers cite it, the more important it is. Therefore, the higher the PageRank and the more links pointing to a page, the more that it ‘weighs’ and the more that links from it count when linking to other sites.

The end of PageRank (Not Really)

Before you lose your mind, no, PageRank is not really dead. What is dead, though, is the toolbar that previously displayed your PageRank score. Google still uses PageRank — very much so in fact, but now it’s more internal-facing. It didn’t come as a big shock either, it’s actually been a long time coming, with hints of its disappearance dating back 10 years.

@szymonslowik @methode @rustybrick Yes, it's true. https://t.co/5iohiJ6wjQ has some comments from us. Do you use the toolbar?

As for why it happened, there are a couple reasons, but the gist is that many people offering SEO services used to manipulate it for a quick boost in rankings, which led to a lot of link span in the early 2000s. And with the rise of HTTPS (in case you don’t know what it is, you should definitely do your research and migrate your site to it), PageRank became an issue because webmasters started noticing that migrating from HTTP didn’t include their legacy PageRank.

And if you’re worried about the elimination of the toolbar and your site’s rankings, stop this second because there’s no need for worries. Here’s what Google has to say to alleviate your concerns:

“No, this update does not change anything for webmasters or SEOs in how their sites show up in search. Webmasters can use Search Console to get details about their content’s presence in Google Search, including information about links pointing to their sites. As the Internet and our understanding of the Internet have grown in complexity, the Toolbar PageRank score has become less useful to users as a single isolated metric. Retiring the PageRank display from Toolbar helps avoid confusing users and webmasters about the significance of the metric.”

Domain Authority: What You Need to Know

And now we arrive at domain authority. Developed by Moz, domain authority is a search engine ranking score (1-100) that evaluates the linking root domains, number of total links, and many more factors (over 40) to determine your site’s ranking. More specifically, it’s a logarithmic calculation that uses a machine learning model to give you an overall prediction on how well your site will rank in the SERPs.

Keep in mind that domain authority fluctuates a bit because of all the factors that go into it, so use it as a relative metric. Similarly, apart from 1 being a bad score and 100 being a good score, there are no real good or bad scores — it’s a comparative score. For the same reason, it’s difficult to influence directly; there are so many factors that the only thing you can really do to improve your score is to improve your overall SEO.

In closing with domain authority, black hat SEO tactics like spamming will decrease your authority, sites with many high-quality external links are at the top of the authority scale (new sites start at 1), higher authority means that your site will rank higher, and you can use MozBar or the many SEO tools out there to check your site’s domain authority.

The Rise of Domain Authority

And now we answer the titular question: has domain authority become a part of Google’s PageRank? In short, not. As a matter of fact, Google has explicitly said that they don’t use domain authority in their metrics, but take this information with a grain of salt, as this only means that your exact domain authority score won’t go into your web page’s ranking. In other words, while the score doesn’t come into play, the same metrics that go into it are being used by Google. And because we no longer have a measureable PageRank score to monitor, why not use domain authority instead?

Everyone, from small SMBs employing a creative digital agency for SEO services, to large enterprises with their own in-house SEO experts, have to think about PageRank and domain authority. The difference is that while one can’t be seen, the other can. And from what we learned today, even though PageRank doesn’t explicitly use domain authority, the same ingredients that go into one go into the other.

Here’s the tl;dr version of what we covered today: