Advertising on Google: A Paradigm Shift

Advertisers first noticed that something was amiss last year, when Google switched up their desktop SERP design and moved things around for a more mobile-like experience.

Right-side ads completely disappeared (with the exception of Product Listing Ad boxes and ads in the Knowledge Panel), migrating above-the-fold in groups of three and sometimes four — depending on if the query was highly commercial (query with intent to purchase).

Normal, organic results now come after the first group of ads, and are sandwiched by three below-the-fold ads at the bottom that we’ve learned to ignore (apologies to any advertisers utilizing these positions). The result, then, is a SERP layout with six or seven ads mingling with organic results in the forefront of your screen. 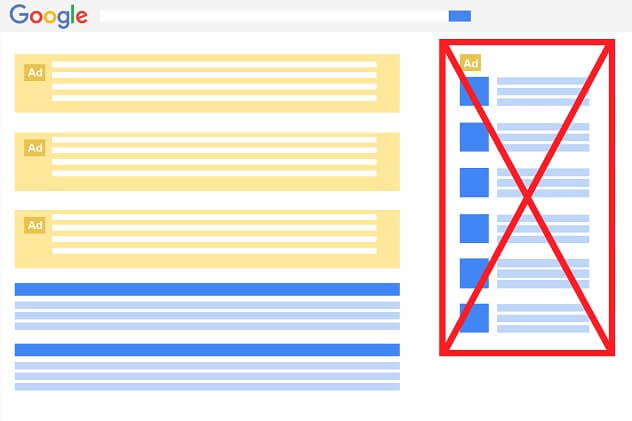 This change can be seen from two alternate viewpoints. The first is a positive one that paints Google as a benevolent company who has the end user’s experience in mind, and the second one is more negative and sees Google as a self-serving company promoting their own interests. In view of the benevolent Google scenario, if a user truly does have intent to purchase, then adding an extra ad in the mix makes sense.

The problem comes when you consider that Google receives money for the ads they display, that above-the-fold content is now all ads, and that the practice of making ads look like organic content (sandwiching organic with ads) can be seen as a deceitful way of getting more ad-clicks.

For advertisers, the outcome is that they’re now facing a more competitive landscape coupled with more expensive search ads due to the elimination of the side ads. For marketers, the change will likely negatively impact their CTRs because ads are now pushing organic results down while taking up organic real estate.

Change #2 – Google to Stop Scanning Your Emails for Targeted Ads

Considering that Google has been scanning our personal emails for years, it’s surprising that their next change was to effectively stop this practice. Long story short, Google announced that later this year they’ll stop scanning your Gmail messages to sell you targeted ads.

Instead, ads will be targeted based on your user settings, search histories, YouTube browsing, and other Chrome activities (as long as you’re signed into your Gmail account). You do have the option to turn off ad personalization, though, but Google will still routinely scan your email for potential spam or phishing attacks. 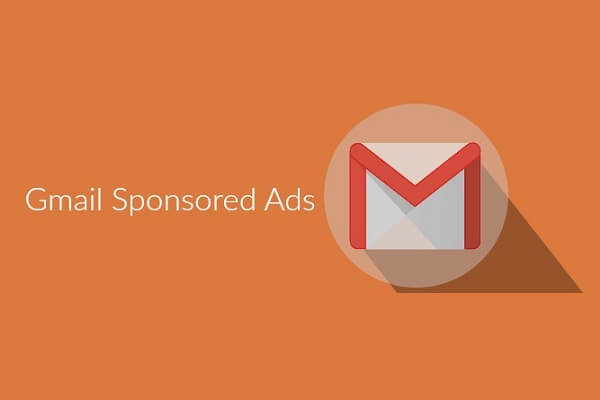 This change stems, in part, from fears that Google will use user data to uphold their own ad business. A valid concern, of course, but it neglects the fact that ultimately the ones using the data are advertisers. For example, if Jack previously received multiple emails about electronics, he would have been shown ads from Best Buy. Google will ultimately still sell the ad space, it’s whose ad will be shown that’s up in the air.

The last change we’ll cover today is more controversial than the previous two and started with a rise in adblock usage. Seeing this, Google announced that ads are a “critical component of the web, keeping content open and free for everyone,” and that while some ads are intrusive for users, many are not and are actually necessary to keep websites afloat.

Google then said that starting in 2018, Chrome will include a built-in adblock that will block certain types of ads, but not all of them. We’ll get more into this soon, but this is troubling for many because here we have Google, a huge company with a lot of revenue coming from ads, choosing to display certain ads over others.

Anyway, a little backstory to get a whole picture, the Coalition for Better Ads (of which Google is a part of) created something called the ‘Better Ads Standards,’ which Google will use with Chrome. In essence, Chrome will stop showing ads on websites that don’t comply with the Better Ads Standards. For example, these are desktop sites that show pop-ups, auto-playing videos with ads, large sticky ads, prestitial ads with countdowns, and mobile sites with pop-ups, interstitials, flashing animated ads, full screen rollovers, etc. As part of their endeavor, Google also launched the Ad Experience Report, a tool “designed to identify ad experiences that violate the Better Ads Standards,” and which includes screenshots and videos of annoying experiences they’ve identified. 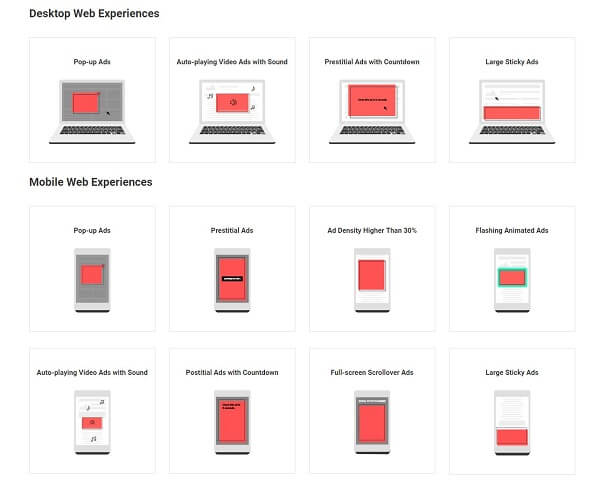 As with everything else, this change can have a positive or negative spin. Those that view this ‘Chrome adblock’ as a quality filter believe that Google’s trying to protect users from intrusive and annoying ads that lower UX. Support for this belief comes from the fact that Google will not actually block ads, but instead the websites housing the ads. In other words, it will be an all-or-nothing approach in which all ads will be blocked if a single one violates the Better Ads Standards. Further, Google made a point to say that even their own ads may be filtered if they’re located on an offending site.

Those that view Google’s intentions more nefariously cite that because Google has ultimate say in whether or not an ad is shown, they’ll show preference to their own ads. Further, Google is also launching ‘Funding Choices,’ a  feature that allows publishers to block content from Adblock users unless they disable it or pay a fee through Google Contributor, of which Google gets a cut.

Whether Google was looking out for itself or others is  known to Google and Google only. The first change seems to benefit some end users and advertisers who can afford higher price ads, but places marketers relying on organic search on the bottom. The second change is more difficult to flesh out because while no email scanning means more privacy for users, advertisers have less certainty that their ads will be shown to interested parties. The third change reduces the ad revenue of offending sites, affecting all ads and advertisers associated with it, even if their ads pass all tests. On a positive note, if Google is correct in their assumption that adding an ad block function to Chrome will lower other Adblock users, then all advertisers benefit because there will be more opportunities for their ads to be displayed.

Either way, best of luck advertising!