Hey Marketers, Here’s what You Need to Know about Google’s Mobile Interstitial Penalty

Unless you’ve been secluded in a desert island for the past couple of months, you’re aware that Google’s been hinting at another ranking signal update for mobile sites. Well, not really hinting as much as blatantly saying. Their announcement even had the exact date the update was to go into effect, so if you’re asking, “Update? What update?” neither I nor Google have any sympathy for you. Anyway, here’s what Google had to say:

“Starting today, pages where content is not easily accessible to a user on the transition from the mobile search results may not rank as high. As we said, this new signal is just one of hundreds of signals that are used in ranking and the intent of the search query is still a very strong signal, so a page may still rank highly if it has great, relevant content.”

The main takeaway is that the emphasis is on content and that this is just one of many ranking signals, so don’t stress yourself out too much if you have your other bases covered. We’ll go over content in a bit, but for now let’s focus on the backstory that led to this update.

The Road to Mobile Interstitial Penalties

So, now that we have the backstory let’s connect the dots. This update broadens the previous checklist for interstitial penalties, and effectively removes the check for app install interstitials to avoid duplication in signals. This means that while the check isn’t there, you will still be penalized with lower rankings if you have those pesky app install interstitials. Something else you might notice is that the mobile friendly label you’re used to seeing isn’t there anymore. “Wait, does this mean that my website isn’t mobile friendly anymore? Why, Google, why?!” No, it just means that because over 85% of sites are mobile friendly there’s no real need for a label. Use tool made by Google to check and then double check that your site passes their mobile friendly test. 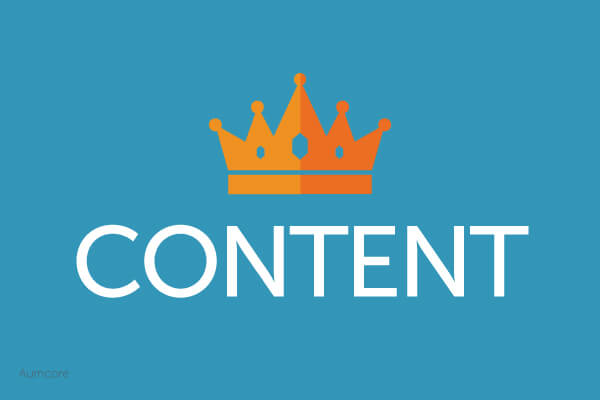 Again, the emphasis here is on content and how to make it more accessible to the user. Why do you visit a website? To see what’s there vis-à-vis content. And when is it not okay to use an interstitial? When you do any of the following and make content less accessible, as outlined by Google:

Using a layout where the above-the-fold portion of the page appears similar to a standalone interstitial, but the original content has been in-lined underneath the fold.

Similarly, when is it okay to use an interstitial? When you use it for the following:

What Does This Mean for Marketers?

What does this update mean for marketers? Does it mean that your mobile website SEO rankings will be affected? Yes, but only if you don’t follow Google’s new guidelines. Does it mean that all interstitials have to go? Nope, not at all. Some, like interstitials triggered by exit intent, are still okay to use. As John Mueller, Webmaster Trends Analyst at Google Switzerland, said in a recent Google Webmaster’s Hangout, “At the moment those wouldn’t count. What we’re looking for is really interstitials that show up on the interaction between the search click and going through the page and seeing the content. So that’s kind of the place we’re looking for those interstitials. What you do afterwards, like if someone clicks on stuff within your website or closes the tab or something like that then that’s kind of between you and the user.”

What Can You Do About It?

At this point you may be asking yourself how to avoid a Google pop up penalty. Actually, the penalties cover more than just pop ups, so let’s call it a Google interstitial penalty. As we covered earlier, Google wants to emphasize content and UX as a whole. You can do this by going to your friendly neighborhood digital agency and having them service all your needs, or you can opt to do it yourself and:

As a quick recap, if you have a mobile site that employs a mobile interstitial Google will take notice and check that you’re following their rules. If you have a desktop site with an interstitial you’re in the clear. And most importantly, make sure there’s no barrier preventing users from reading your content!