Yahoo Journey at a Glance

No one likes to admit their failures but after a painfully drawn out battle, Yahoo has finally let go with the announcement of their acquisition to Verizon for a minuscule $4.8 billion.

With the imminent decline becoming more apparent to the public in February of 2016 as rumors of a reported 1,500 layoffs began, CEO Marissa Mayer maintains the outlook that rather than an end, this transition represents a new beginning for the search engine platform merging towards a promising future with Verizon, who will now be a telecom force to be reckoned with after acquiring both Yahoo and AOL in recent years.

Founded in 1994 by Electrical Engineering graduates, the original website name was “Jerry and David’s Guide to the World Wide Web” and was intended for their own digital repository of information. The name was later changed to Yahoo! while receiving over a million hits in just the first short months of inception.

Gone public by April 12, 1996, Yahoo opened bids at $13 a share, skyrocketed to $44 and ended at a closing rate of $33. Peaking at $475 per share in its peak of value over the upcoming years, the rollercoaster of Yahoo’s future had just begun.

Regardless it’s momentous beginnings, Yahoo didn’t have an easy road ahead. Probably more than kicking themselves for declining Microsoft’s offer of $44 billion dollars back in 2008 (almost 10X its accepted acquisition bid from Verizon!) some of Yahoo’s choices were undeniably regrettable. Here is a look into some of the defining moments in Yahoo’s history that aligned them for their current fate from the good to bad and the people who impacted the business along the way.

THE CEOs OF YAHOO!

A business can only be as good as its leaders, and Yahoo has had more than its share of diverse experience in CEOs struggling to stay above water. Below is a timeline to help visualize the men and women behind Yahoo’s success and failures, along with some defining factors in the future placement of the acquisition.

Despite the current condition, Yahoo started as a promising technology innovator competing for search space with the now global force of Google. In fact, Google pursued acquisition by Yahoo for just $3 billion not so long ago.

In the late 1990s through 2000, the dot-com bubble blew up web portal services like Yahoo who battled to expand their range of services and stay a step ahead of competition. Yahoo won with their peak stock value at a boggling $475 per share.

After the stocks began to decline, executive Terry Semel made a life-saving decision for stockholders today with the securing of approximately 40% of stock of the then ambiguous Chinese company, Alibaba for just $1 billion. Today as a giant e-commerce platform, Yahoo’s investment shares in Alibaba are valued at $41 billion – and may be shareholder’s only standing grace in the Verizon acquisition.

And while receiving a blast of criticism for failures, Marissa Mayer (formerly leader at Yahoo’s dominating competitor, Google) has made many positive changes during her Yahoo reign, with an overall increase in stock value from just $15.60 per share at her hire, to $39.39 in August of 2016.

Frankly, no one is surprised of the current state of decline as Yahoo continuously failed to adapt to consumer needs in the era of search and technology in our digital age – despite Marissa Mayer’s attempts to revitalize the company since 2012. Amidst the buzz, we take a brief look back into the defining choices of the 22-year-old company that contributed to the ultimate failure to remain relevant.

Perhaps the biggest of all mistakes was refusing to see past their own innovations and line of site with an over-ambitious outlook, rejecting the future in progress when refusing Google’s offer to purchase AdWords, now the key reason for Google’s equally outrageous success for just $1 billion. In 2002, Google approached Yahoo once again, offering their further development at the price of $3 billion. However, Terry Semel refused the offer considering Google as the lesser contributor to the web bubble and refusing to acknowledge them as a key competitor.

In retrospect that rejection cost Yahoo the future of one of the world’s now most valuable companies – Google’s parent company Alphabet Inc., which is now valued around $560 billion at $796 per share.

The most successful companies in the industry including Google and Apple have placed an enormous amount of focus on the era of technology culture. Hiring only the leading engineers and innovators, their push for not only maintaining but also creating a new digital experiences has lead to their success, leaving Yahoo in the micro-dust trail behind.

“One of the weirdest things about Yahoo when I went to work there was the way they insisted on calling themselves a ‘media company,'” – Graham

This unfortunate identity crisis and failure to adapt to the evolution of innovation perspective cost Yahoo everything.

The acquisition to Verizon was announced in a press release on July 25, 2016.

While listing the low sale of just $4.83 billion in cash, the article has been conducted in a perhaps overly optimistic tone considering the circumstances, focused on the possibility of a brighter future joining the most advanced mobile provider Verizon. Their network generated nearly $32 billion in 2015 and delivers 112.6 million retail connections nationwide. The bigger picture for them begins to take shape as they grow their digital search portfolio with Yahoo in addition to the AOL acquisition in 2015.

Verizon will now own one of the largest digital business portfolios in the world, launching them into a new level with extensive capabilities – perhaps giving Google a run for their money in the near future after all.

“Just over a year ago we acquired AOL to enhance our strategy of providing a cross-screen connection for consumers, creators and advertisers. The acquisition of Yahoo will put Verizon in a highly competitive position as a top global mobile media company, and help accelerate our revenue stream in digital advertising.” – Lowell McAdam, Verizon Chairman and CEO

While Yahoo shareholders can look forward most to the value of Yahoo Investment Alibaba maintaining, CEO Marissa Mayer is aligned to receive the golden ticket out. Besides the $55 million from Yahoo if her contract is severed, her residual stock ownership package is predicted to add up to over $122 million according to Fortune magazine. (Not to mention her salary, insurance benefits and other “perks” fattening the deal).

“I think the bottom line is look at what [Mayer] is ending up with: She did quite well even if shareholders didn’t,” – Brian Foley with Fortune Magazine

With the union of AOL and now Yahoo, eyes turn towards Verizon as the power of their resources becomes blatantly apparent. The largest US wireless provider can now leverage mobile content and advertising technology to over 140 million subscribers, giving them a distinct advantage with spectators asking if Google has finally met its rival who’s been silently building the framework for a fortress of technology resources.

“Yahoo is a company that changed the world.” Marissa Mayer writes in her letter announcing the acquisition, She continues, “This sale is not only an important step in our plan to unlock shareholder value for Yahoo, it is also a great opportunity for Yahoo to build further distribution and accelerate our work in mobile, video, native advertising, and social. As one of the largest wireless and cable companies in the world, Verizon opens the door to extensive distribution opportunities.” 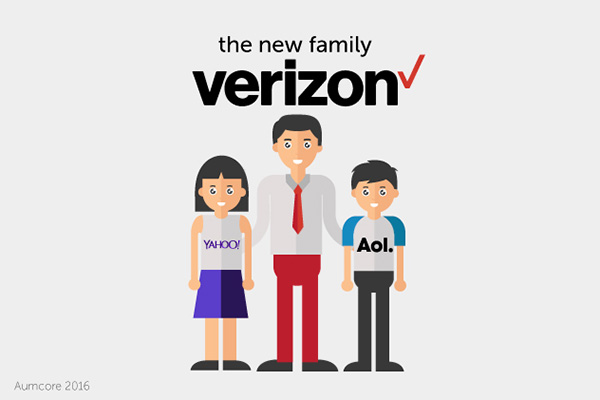 “Imagine the distribution challenges we will solve, the scale we will achieve, the products we will build, and the advertisers we will reach now with Mavens – it’s incredibly compelling” – Marissa Mayer

And perhaps it’s for the best, as Verizon builds its inner force with the resources and network available to dominate mobile and search if they are able leverage their power strategically and learn from the mistakes of the past, they have acquired the tools for the ultimate technology interface that users are demanding in this generation.

Interested in some other key pointers from Yahoo’s journey through the past? Here are some fun and unbelievable facts of the newly absorbed search engine platform. 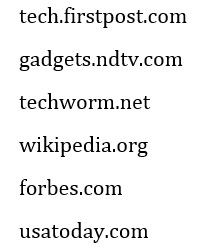