So what exactly is the change? According to their announcement, Instagram’s selective feed will go live within the next few months, after their team has been keenly observing the percentage of posts unseen by followers of any user (70% to be exact), which indeed is a high ratio.

Considering the average Instagram user spends 21 minutes on the platform each day (according to Business Insider), that’s a lot of posts going unseen with Instagram’s current feed functionality.

Instagram credits this ripple effect to the growth of Instagram users and average number of accounts followed by each individual. Promising users that all of the posts will indeed still show up in the feed, the change is meant to be launched in such a way that is “focusing on optimizing the order” – Instagram News.

How strange is it to conceive that Instagram’s selective feed will no longer be “instant” at all. This was one of the original manifestations that separated Instagram from other channels. Though a post from last night may be appearing at the top of your feed, the it may itself be from several hours past, and listed ahead of many “instant” moments being posted more currently by other followed accounts. 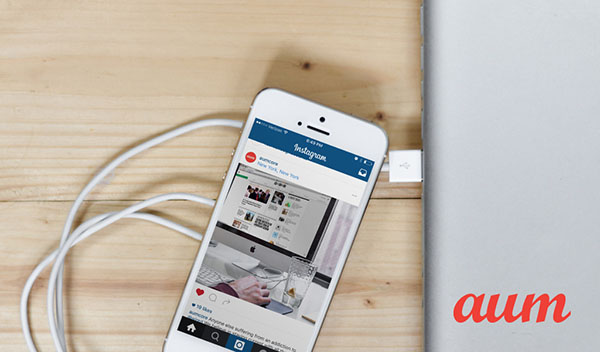 HOW THE INSTAGRAM FEED CHANGE WOULD AFFECT SOCIAL MARKETING

Not only a change for the user experience, this change could have a pretty large impact on Instagram social marketing strategies for brands and marketing agencies.

With an algorithm determining which posts the user sees first, there is no guarantee that brands posting during the “hot” schedule when they’re users are most active will have any affect. Regardless of their timing, their posts may go by completely unseen if Instagram deems them “less important” than other posts competing for priority.

Tech Crunch expresses similar concerns in their review of Instagram’s change.
“…brands might lose the reach of a previously reliable marketing channel, the same way they did with Facebook Pages.” – Tech Crunch

High quality content is definitely going to make a bigger play with the increased competitive atmosphere of the Instagram feed. The change may also increase the need for brands and business to invest in sponsored Instagram posts rather than relying on the luck of the draw to ensure their content will be seen.

After implementing this algorithm change we can expect that Instagram would be in a great position to deliver high-quality and engaging content to its users. And as the aggregated feed eventually replaces the chronological one, we can expect Instagram ad offerings to become more sophisticated and effective. Here advertisers can take benefit of this new news feed algorithm change in order to reach their targeted audience.

As can be expected, the feedback from users already filtering in is a bit mixed. Many users are uplifting a plethora of complaints, and petitioning their followers to “turn on notifications” in attempts to avoid the dark hole of the Instagram algorithm, while others are holding the faith that Instagram knows best.

So when is the change going to be launched? At this time, we’re still unsure. In Instagram’s original announcement, they plan to pay close attention to their users, and the reaction to the change before it takes full affect.
“We’re going to take time to get this right and listen to your feedback along the way. You’ll see this new experience in the coming months.” – Instagram News

And it appears they’re keeping their promise with the recent tweet from March 28th reading, “We’re listening and we assure you nothing is changing with your feed right now. We promise to let you know when changes roll out broadly.” Receiving nearly 50K re-tweets and as many likes, one might say it’s difficult for people to accept change.

Other changes in the water – Instagram’s web viewer has added features including search, discover, and notifications which were previously only available in the mobile app.

They also plan to offer longer video streams with their latest update. Boasting the soon-to-live capability of sharing video stories up to 60 seconds long (their current streaming allowance is just 15 seconds). This change is made by high demand, “In the last six months, the time people spent watching video increased by more than 40 percent.” according to their post, and perhaps a little less controversial than swapping out everyone’s feed.

What are your thoughts on Instagram’s selective feed? Pro-algorithm or clinging to the nostalgia of instant moments captured and seen on the platform placing no favoritism of any posts? Let us know in the comments below, and be sure to follow us on Instagram for marketing tips and office fun.