Unless you’ve been living under a rock lately, you’ve undoubtedly heard that Jeff Bezos, multi billionaire extraordinaire, is rich and just keeps on getting richer. How rich, you ask? Well, according to the Bloomberg Billionaires Index, he recently sailed past Microsoft co-founder Bill Gates to become the richest man in the world, maybe even history, with an astounding $105.1 billion.

Surpassing Gates’ previous record of $100 billion, Jeff Bezos is now at the top of the rich people in the world pyramid. If we’re being honest though, Bill Gates is the definition of philanthropic and has actually donated billions on top of billions of dollars over the years, so take this news with a grain of salt. Anyway, thanks to our affinity for online shopping (especially over the holidays) and our love for Amazon Prime and its deals, Bezos was able to surpass Bill Gates as his Amazon stock soared.

That’s Jeff Bezos today, but how did he get here? How did he go from banking, to working out of his garage, to being at the top of an eCommerce empire?

Today, Jeff Bezos is a self-made man who quite literally started from the bottom. Born to a 17-year-old mother and a deadbeat father, Bezos succeeded where others would have given up.

It all started in 1963, when Jacklyn Gise, then 16-years-old, became pregnant with her 18-year-old boyfriend’s child. Fast forward to January 12, 1964 and Jeffrey Preston Jorgensen was born, taking the name of his birth father, Ted Jorgensen. The new parents soon flew to Mexico with their parents’ money to get married, but ended up with a divorce a little over year later, when young Bezos was 17 months old.

In 1968, Gise remarried Miguel Bezos, a Cuban immigrant whose entire English vocabulary consisted of the word hamburger when he first arrived in Miami in 1962. Soon after, at 4-years-old Jeffrey Preston Jorgensen became Jeffrey Preston Bezos, when the elder Bezos adopted him as his son.

As he recounted in his speech to the graduating Princeton class of 2010, Jeff Bezos’ hard work ethic developed early at his grandparents’ Texas ranch, where he spent his childhood summers fixing windmills, vaccinating cattle, and performing other chores.

“I helped fix windmills, vaccinate cattle, and do other chores. We also watched soap operas every afternoon, especially “Days of our Lives.”

An overachiever by nature, Bezos got straight A’s in high school, was valedictorian of his graduating class, and was accepted early admission to Princeton. Interestingly enough, Bezos actually intended on becoming a theoretical physicist when he started his undergraduate career, an interest that, as we’ll soon see, came back stronger than ever later in his life.

The Birth of Amazon

The seed that would later sprout to become Amazon was planted while he was working in finance in NYC. Citing the rise of the Internet as his original motivator, Bezos had been married for one year when he told his wife that he wanted to quit his job and do this crazy thing that probably wouldn’t work since most startups don’t.

"I came across the fact that Web usage was growing at 2,300 percent per year. I'd never seen or heard of anything that grew that fast, and the idea of building an online bookstore with millions of titles — something that simply couldn't exist in the physical world — was very exciting to me."

Realizing his potential, Bezos’ wife told him to go for it. His boss, though, wasn’t as optimistic, and said that while it sounded like a “really good idea,” it would be better for somebody who didn’t already have a successful career. Taking 48 hours to think it over, he ultimately decided to give it a shot, suspecting that he would always be haunted by a decision to not try at all.

“After much consideration, I took the less safe path to follow my passion, and I’m proud of that choice.”

Well, not only did he try, but as the headlines today are saying, he succeeded. Funnily enough, Amazon was born in 1994 as Cadabra, Inc., but after a lawyer misheard it as cadaver, Bezos renamed it Amazon.com. Okay, back to the topic at hand — with a $300,000 investment from his parents, Bezos started his company out of his garage and even drove the packages to the post office himself. From here, Bezos envisioned that he would someday be able to afford a forklift to makes things easier. Well, he wasn’t wrong; he just went above and beyond and included multiple warehouses, buildings, and so on. 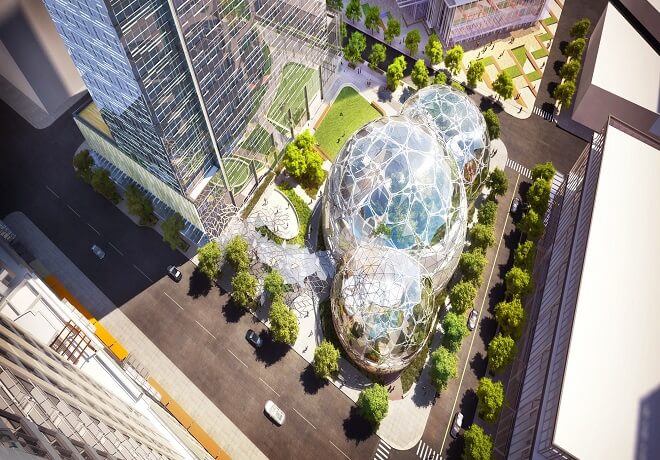 Solely focusing on books in the beginning, Amazon soon diversified and added music and videos to their catalogue. When faced with even more success with the addition of new media, Bezos was then propelled to expand even further. And as he disclosed in an interview with Charlie Rose, Bezos said that his next steps were determined by his customers, as he decided to ask them what they would like to buy from them.

"I sent an email message out to the customer base, actually a thousand randomly selected customers, and I said, besides books, music and video, what would you like to see us sell? And the list came back incredibly long… It was basically just whatever the person had on their mind right now."

"A light kind of went on in my head. You know, people — people will want to use this newfangled eCommerce way of shopping for everything.”

With this idea, Amazon expanded, expanded more, and then some. Today, they dable in virtually all categories, from video games and electronics, to toiletries and groceries, and yes, even cars. We can safely say that Bezos got it right when he put his customers first — after all, its how Amazon became the giant it is today.

Something else he got right was his ability and willingness to think long-term and his unwavering optimism. In 2003, when the tech industry was nursing its wounds from the dot-com bubble, Jeff Bezos was doing the opposite and fiercely sold the Internet’s potential. With these traits, paired with his ambition, he took Amazon a step forward in 2005 when they unveiled Amazon Prime, their vastly popular 2-day shipping membership.

Sensing a change in consumer behavior a couple of years later, he added instant streaming of select and premium TV shows and movies to Prime members, even going as far as producing their own in-house shows like Transparent, which has won multiple Emmys and Golden Globes.

What else has Jeff Bezos and Amazon accomplished? Well, apart from owning companies like Zappos and Twitch, and not one to stop at eCommerce and media, they also bought Whole Foods in 2017 for over $13 billion. Before that, though, Bezos tried his hand in journalism and bought the Washington Post in 2013 for $250 million. Why? Because it was important.

“I would never buy a financially upside down salty snack company. But the Washington Post is important. And so it makes sense to me to take something like that, and I also am optimistic. And I thought there were some ways to make it — I want it to be a self-sustaining, profitable enterprise. And I think it can be done.”

Bezos was also one of the first shareholders in Google, investing $250,000 in 1998, and has funded, in part, numerous other companies like Airbnb, Basecamp, Business Insider, Kongregate, Linden Labs, Twitter, Uber, and a lot more.

And now we go back a couple of years and his love of space and space exploration. Pursuing his childhood dream, Jeff Bezos founded Blue Origin, a company with a dream to make space tourism affordable, in 2000.

"Basically what I am doing right now is taking my Amazon winnings and investing them. Every time you see me sell stock on Amazon, it's to send more money to the Blue Origin team.”

Hoping to be able to take anyone into space, Blue Origin is quickly making strides in their pursuit of the stars. 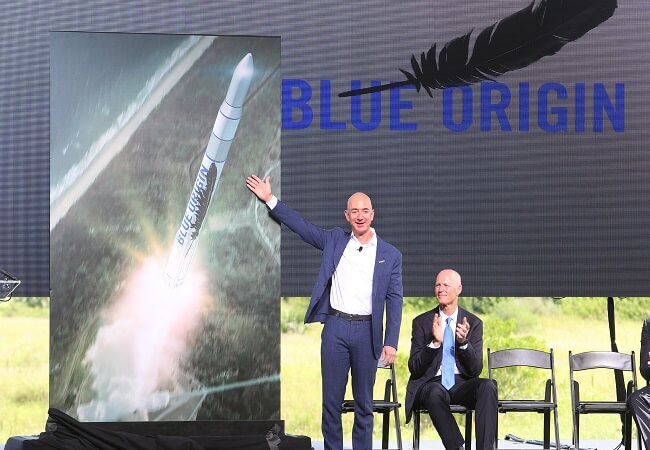 Closing with a quote that summarizes Jeff Bezos, here’s to the man who literally revolutionized eCommerce.

"If I'm 80 years old, looking back on my life and the one thing I have done is make it so that there is this gigantic entrepreneurial explosion in space for the next generation, I will be a happy, happy man."