Innovation Act Back For Round Two

“The Congress shall have power…To promote the progress of science and useful arts, by securing for limited times to authors and inventors the exclusive right to their respective writings and discoveries…”

So reads the original patent law drafted into the U.S constitution. It’s pretty self-explanatory. Innovation is essential to economic growth and human advancement. By protecting the creators of new ideas, products and services, a well-written patent law can encourage ideation.

Though the United States has implemented its original patent law since 1787, in 2014, a formal revision was proposed. The suggested amendments were created to combat the supposed increase in false patent litigation. Last year, the reform initiative came very close to passing, with an initial vote of 395 to 91. The proposition was halted only after being rejected in the Senate.

According to the Consumer Electronics Association, patent abuse currently costs the US economy 1.5 billion a week.  This figure is inclusive of run-of-the-mill ‘patent trolls’ as well as well-known companies that have tried using litigation to combat their competition. 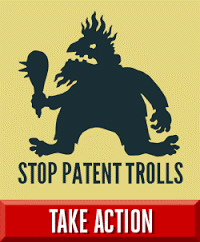 Patent Troll- ‘A derogatory term used to describe the people or companies that misuse patents as business strategy.”

There are several ways to abuse a patent but the most common method used by patent trolls is the action of taking another company to court over false claims of copyright infringement. These lawsuits take time and cost a lot of money, so it isn’t uncommon for the defending company to settle outside of court.

Though the original proposition failed, on February 5th 2015, the Innovation Act again resurfaced and will once again be voted on by Congress. So, what exactly are the proposed revisions?

Opponents, which include Qualcomm Inc. and Monsanto Co. have staunchly combatted the Innovation Act, claiming that the term ‘patent troll’ is used to advocate fear towards a process that often utilizes universities and start-ups to fund inventors who lack the necessary capital to grow their business. There have also been doubts cast on litigation statistics, which some claim have been published without proper context.

In addition, many opponents have used the proposed reform against itself, citing that while the changes may make it harder to file frivolous lawsuits, it will also make it harder for genuine businesses to defend their intellectual property if it’s been compromised.

While the arguments are strong on both sides, many feel that the momentum that was built during the failed 2014 proposition will continue on to a victory this year.

Innovation is, without a shadow of a doubt, unequivocally essential to the improvement and sustainability of any society. If you’ve got strong feelings for or against the Innovation Act, now would be the time to get involved! You can find and write to your local state representative here.