Twitter is known for micro-blogging since quite a while. With the increasing demand in social media and networking; twitter has made a decision to revamp the older version in order to make it look beautiful and attractive. On 8th April 2014, twitter announced major redesigning of their website as a way of expressing gratitude to millions of its users. This redesigning is still under a testing phase and available to only a limited set of people. However, in the coming weeks, they will make it available to everyone and one can enjoy the entire range of new features. In the meantime, one can check the following profiles to see what is going to be served – Film star @zacefron, Australian Football League @AFL, Brazilian Singer, Guitarist, and Songwriter @gilbertogil.

The look and feel is quite similar to Facebook and twitter users have accused this platform of copying from Facebook. The introduction of ‘tags’ in photos and replacing retweets with a ‘share’ option in the new twitter page seems to be a lift off from FB. The following image represents the first lady Michelle Obama’s profile page post-redesign.

The image itself makes it very clear that the new design is quite like a Facebook page. Consisting of a cover image, a display pic on the left hand side and the introduction below the image is just like the design of a Facebook profile page. This similarity is obvious if we see the first lady’s Facebook page. 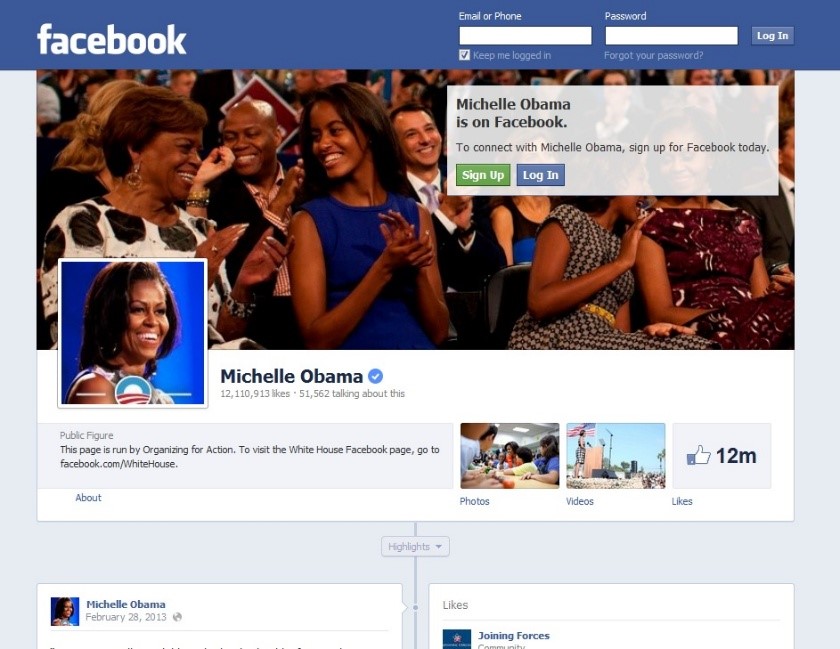 It is very evident that twitter is trying to engage as many users as possible and in order to do this, they are working on the look and feel of the page. The current market trend indicates that digital marketing and social media play a huge role in promotions and for creating leads for the brands along with their products and services. Twitter step to redesign makes it obvious that they are trying to compete in the market. The announcement has generated mixed reactions. While many blame twitter for copying Facebook, others feel that it is a radical step which will make marketing much easier. They feel that thoughts and views can be conveyed to the users more creatively.

The changes that twitter has planned for this redesigning are as follows:

– Cover Image and Profile Page – The first step in redesigning is the introduction of a display image which is bigger than the previous one and is similar to Facebook.  The old background image feature will no longer exist.

– New Style of Twitting – Now this feature is quite an interesting one; as twitter has introduced 3 types of tweets. First are “Best Tweets” i.e. the one which receives the highest engagements, comments and retweets will appear bigger on the page. Next is “Pinned Tweet” which allows a person to pin a tweet to the top of his/her page so that it stands out from the rest (good for the promotion of any segment or news). Lastly, “Filtered Tweets”, in which a person can filter all tweets; just those with photos/videos; or tweets and replies. 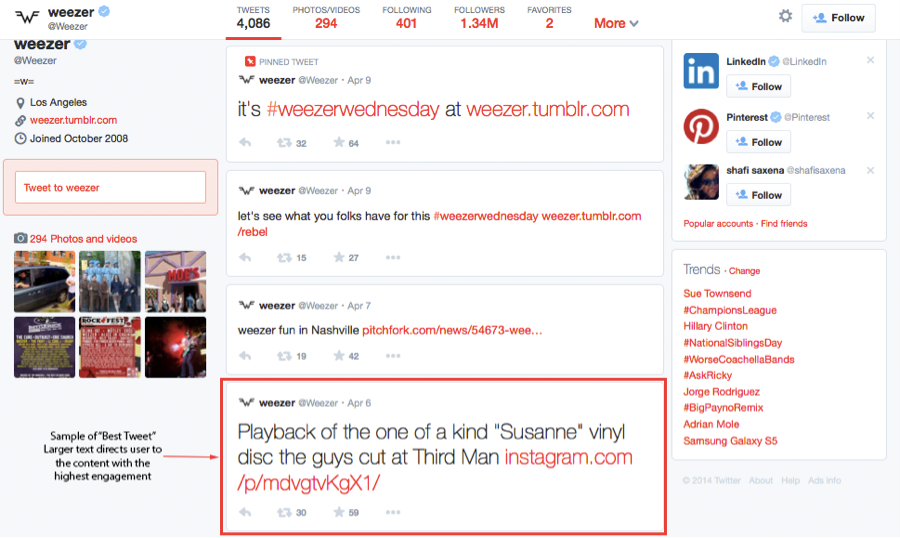 – Sharing of the Photographs and Videos – Unlike the previous feature where you have a link for image, now with the new design, photo sharing is really easy. In fact, now you can tag the images accompanied with your tweet. In this you can share a slideshow of up to 4 photographs. As a marketer, you can use this feature as a really good promotional feature for telling a story. The videos feature is also being revamped. In this, they will try to showcase the micro videos like vine and Instagram.

– Date Based Search Options – In this, twitter has refined the way users are able to use the advanced search feature to find tweets based on their dates. Using this “Advanced Search” feature, you can easily find tweets that were posted in the past. Users were always able to search by date, but it was a cumbersome process that required users to enter terms like “since” and “until.” Users can now just type the date along with any additional terms needed in order to find the desired tweet.

– Emoji Symbols – We all are aware of the “emoji symbols” that we use to show our emotions and feelings in a form of a smiley. However these emoji symbols are restrained only to our mobile phones. But now with this update, the users can use these symbols in their posts using a desktop or laptop as well.

Although twitter has not officially announced it for each one and the redesigning is still under process, the thought process behind this whole redesign is really appreciable. If you are an advertiser and into social media marketing, then you will definitely love the features as it allows you to promote your product and services in an effective manner. For a normal user, even though the features do not affect the tweeting style, they definitely enhance the look and feel and provide an interesting user experience.

So, what do you think about this whole face-lift of twitter? What are your thoughts and opinions about it?