Following on from our article on wristwatches, last Wednesday’s announcement from Google about augmented reality glasses presents a whole new perspective to the debate on changing fashions.

Google’s vision, codenamed Project Glass, is that we will soon all be wearing special glasses that can understand spoken instructions and present the wearer with useful information, take photos and anything else you currently use your mobile phone for, all without lifting a finger. In a world where people are spending more time in virtual bubbles and losing sight of their real-life surroundings, Google has cleverly promoted this idea as being there when you need it and out of your way when you don’t. 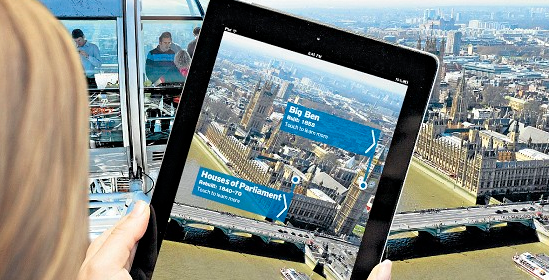 Some experts, however, are unconvinced that the concept announced by Google is that close to becoming a reality. Clearly, however, the innovators at Google have realized that, beyond being technically sound, a wearable device has to be somewhat fashionable if it is to be successful, as Apple have proven many times in recent years.

AR in other forms has been around for many years and has recently seen massive growth, as technology in portable gaming devices and SmartPhones has become powerful enough to provide a pleasant user experience.

Juniper Research projects that annual revenue from mobile AR apps will reach $732 million by 2014, up from less than $2 million in 2010.

Augmented reality is just one of the many technologies that Aumcore’s mobile application development team uses to make mobile apps stand out from the crowd.